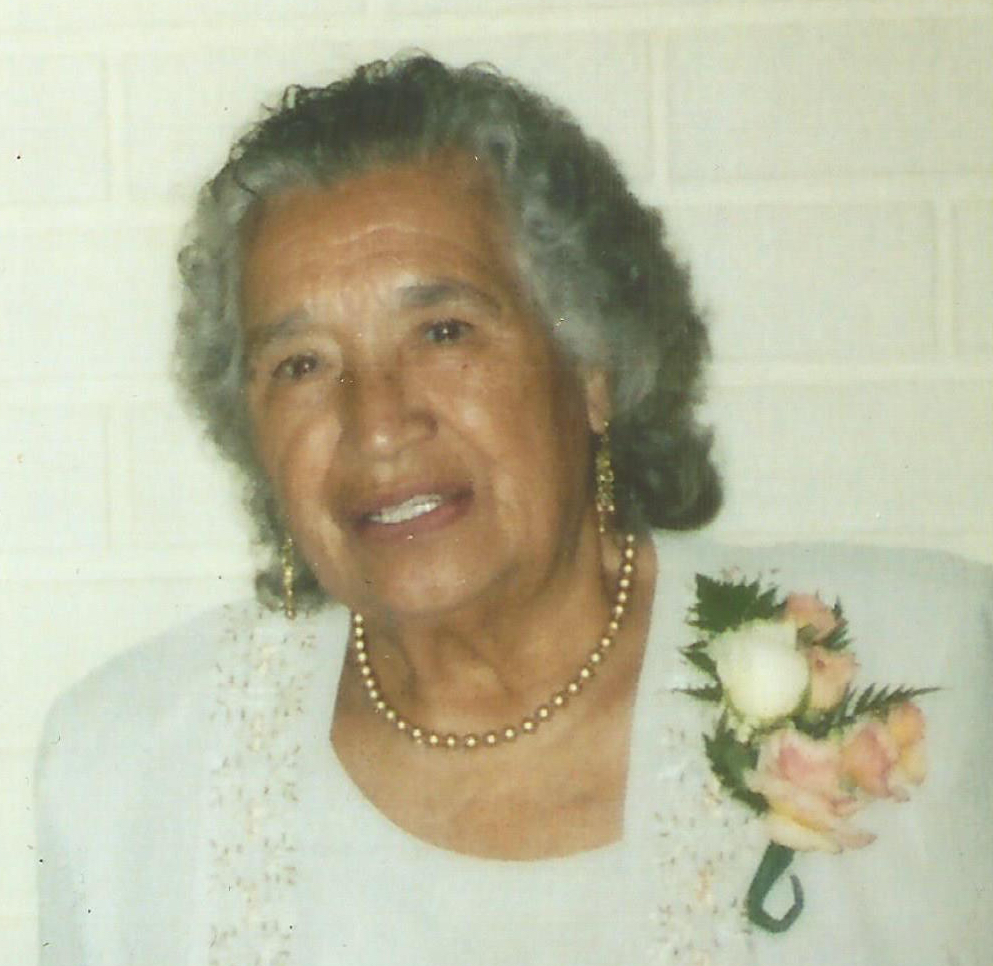 Consuelo Reyes Resendez February 27, 1927 – May 30, 2016 Consuelo was born on February 27, 1927 to Dimas and Teofila Gonzalez in Morelia Cointzio Santiago Michoacan Mexico. She was 89 years of age. Consuelo is one of five children to brothers Adolfo Reyes Gonzalez, Ismael Reyes Gonzalez, Maria Refugio Rodriguez, and Sabino Reyes Gonzalez, Consuelo was raised in Cointzio, Mexico, a ranching community outside of Morelia, Mexico. She was the second oldest child in her home. Consuelo immigrated to the United States in the early 1950's to seek better life and to help her family back home. She was a live-in housekeeper for a family in Corpus Christi, Texas. There she met the love of her life Antonio Acuna Resendez at a church dance and they courted until married on December 7, 1957 at St. Joseph's Catholic Church. Consuelo, her husband Tony, and young son Dimas moved to San Leandro, California in 1959 with her husband's transfer to work at the Naval Air Rework Facility in Alameda, California. The family moved to a new home in the Irvington township in Fremont, California. Consuelo was the loving mother of Dimas Resendez (Barbara) of San Leandro, Alma Schmid (Rick) of Homeland, CA, Celia Goodwin (Thomas) of San Jose, adopted daughter Yvette, Mata Camera, and the late David Resendez and Laura Resendez of Fremont, CA. Grandmother to Adrian Resendez, Thomas Anthony Goodwin, and Christopher John Goodwin. Sister-in-law to Palmira Salazar, Emilia Castillo Zamora, and Rosa Garcia Gomez. A wonderful Tia Chelo to many nieces and nephews in Cointzio Michoacan Mexico, Corpus Christi, Texas, Phoenix Arizona, and the bay área. Consuelo was extremely close to her family, including her younger sister Maria 'Cuca' Rodriguez. She stayed home and raised her children with incredible love and caring. She taught the Christian family values that all of her children carry today. Consuelo adored her her grandchildren Adrian, Tommy, and Christopher, Grandma and Grandpa attended every birthday, soccer match, baseball, and basketball games the boys played in. Consuelo and her family were very active in the Catholic church. The family attended St. Leonard's Catholic parish, then moved to the new parish Santa Paula Catholic Church, and now Our Lady of Guadelupe. Consuelo and her husband were very active in the Guadelupano Society and volunteered for many parish functions. Her Catholic faith was paramount to the family and and played an important role in family values. The children participated in the Catholic Youth Organization as youngsters. Consuelo also volunteered for the Fremont American Little League selling mexican food to raise funds for the youth organization. Consuelo and Tony opened their home on Applewood Street to many relatives who arrived from Mexico, and Texas, Countless of nieces and nephews stayed with the family until they found work and settled into their new life in California. Family and Friends were very imporant to both Consuelo and Tony as they hosted many gatherings in their home. Consuelo touched the lives of her immediate family, relatives, and many, many friends will miss her dearly. She cared not only for her family but the families of others. Consuelo loved to smile, laugh, and enjoyed her life to the fullest.