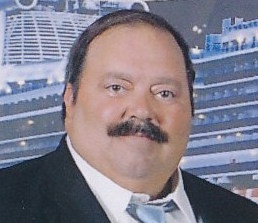 Michael Espinola, age 59 passed away peacefully with his loved ones by his side on Dec 27, 2015. He was a long time resident of Fremont. Michael was born to William and Earline Espinola in Turlock on June 12, 1956. He grew up in the Cupertino area and graduated from Cupertino High in 1974. After High School Michael worked alongside with his mother at Custom Screen Printing. He belonged to Santa Clara Bass Classics for over 30 yrs.Michael was the most kind, generous and loving man. His passion was fishing and spending lots of time with his family and grandchildren.He is survived by his loving wife Debbie of 26 years, his children Chad Espinola of Oregon, Bambi Espinola of Gilroy, Krisena (Robert) Birdsall of Los Banos and Michelle (Ryan) Gonzalez of Fremont and 6 grandchildren Robert, Anthony, Kennedy, Addison, Destiny and Katerina. His Father William (Ruth) Espinola of Atwater Siblings Jeff (Jen) Espinola and Kim Freeman of Fresno. Michael is preceded in death by his Mother Earline Maples Brohmer. Memorial Mass will be held on Saturday Jan 9, 2016 at 10am at Lady of Guadalupe Church 41933 Blacow Rd Fremont Ca. In Lieu of flowers please donate to your favorite charity.