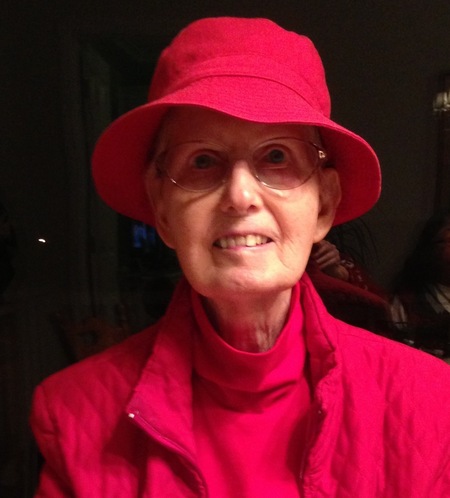 Slater, Rita Ann Lloyd passed away on August 30, 2013. Rita was born on July 22, 1928 near Overton, Nebraska to Jane and Justin Lloyd. She was the fifth of six children. After graduating from the Nebraska School for the Deaf she matriculated to Gallaudet College in Washington, D.C. where she graduated in 1952. On August 23rd of that same year, she married Michael F. 'Frank' Slater and moved to Little Rock, Arkansas. The following year she and Frank moved to St. Augustine, Florida where they raised their family and both taught for many years at the Florida School for the Deaf & the Blind. In later years, she returned to school and earned a Masters of Education from the University of North Florida in Jacksonville. Rita taught middle and high school math and her hard work and teaching skills were recognized when she was selected as the FSDB Teacher of the Year in 1990. In 2010 she and Frank moved to Fremont, California. She is survived by her husband of 61 years, Frank, her children Alyce Slater Lentz Reynolds (David) of Fremont, CA and Thomas F. (Amy) Slater of Jacksonville, FL, her grandchildren Ivan, Dane & Ryan Lentz and Sarah and Austin Slater, and three step grandchildren, Jonathon, Justin and Jason Reynolds. She is predeceased by her other son, Joseph Thomas Slater, by her sister Mary Jane Lee and her brothers James, Robert, Joseph and William Lloyd. A memorial service will be held 2:00 PM, August 31, 2013 at Fremont Oak Gardens, 2684 Driscoll Road Fremont, California. Another memorial service will be held later in St. Augustine followed by burial at San Lorenzo Cemetery with her son Joseph.