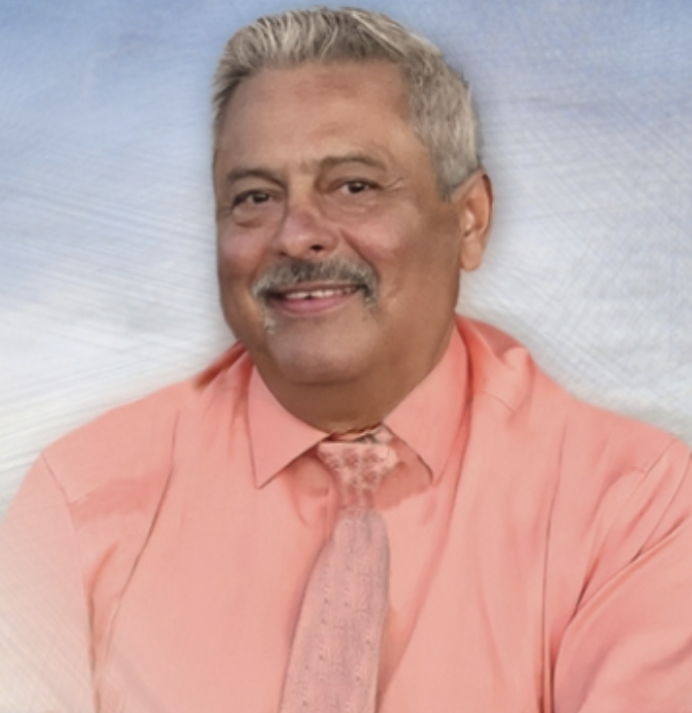 On Friday, October 7, Albert Sandoval Jr, a beloved husband, dad, papa, great grandpapa passed away at his home at the age of 69.

Albert was born September 9, 1953, to Margaret and Albert Sandoval Sr in Livermore California. He grew up in Union City where he attended James Logan High School and later Chabot Junior College in Hayward. Albert went on to work at General Electric for 20 years then Sandia National Laboratories as a Safety Radiation Technician for 30 years. He married his high school sweetheart LeeAnn Moniz in 1973.

Family has always been Albert’s main priority. He enjoyed family vacations, attending his grandchildren’s sporting events, beach days with the family and weekend family BBQs at his home in Fremont. Albert enjoyed playing the guitar and listening to music. He could be found most days sitting in his favorite chair watching cooking shows and sports on television. His favorite teams were the Oakland Raiders and Oakland A’s. Albert was known for his kind, loving ways and for his big, witty sense of humor. Albert was a very intelligent man with intuitive instincts. He took pride in his appearance and had the best, well-groomed hair. He was known to his family as Dad and Papa and to his friends he was known as Big Al and Grey Wolf. Loyalty, family, friendship and protection are all traits that symbolize the native grey wolf and, fittingly, traits that accurately describe the character and personality of Albert Sandoval Jr.

Family and friends are invited to attend a mass at Our Lady of The Rosary Church on Saturday, October 15th at 4:00pm and a celebration of life at 6:00pm at XO Ranch 9635 Dublin Canyon Rd. Castro Valley.

In lieu of flowers, family requests that donations be made to Charity Navigator – Rating for The Multiple Myeloma Research Foundation. Recipient email: asandov7@outlook.com