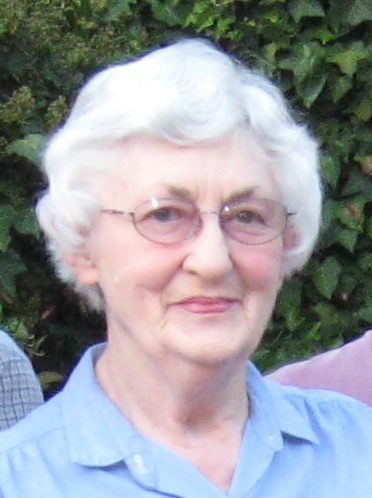 Ann Marie (Sommers) Petrie, 89, Fremont, died on Saturday, November 23, 2013 at Washington Hospital in Fremont. She was born on May 25, 1924 at a residence in Forest Junction, Wisconsin, daughter of the late Michael and Bernadine (Brochtrup) Sommers. She graduated from Brillion High School in 1942. On June 19, 1949, she married Frank Gregory Petrie in Hollandtown, Wisconsin. At the time of her death, they were married 64 years. Ann trained as a Registered Nurse at Mercy Hospital in Oshkosh, Wisconsin and finished her nursing training and worked at Wood VA Hospital in Milwaukee. Wisconsin. After marrying Frank Petrie, they settled in Waterford, Wisconsin. Ann worked at Burlington Hospital and then in a local physician's office. In the early 1960s, Ann and Frank adopted their children, Michael and Margaret. In 1968, Frank's employer, Inland Steel, transferred him to Fremont, California. Ann was very involved in her children's education. She was active on parent committees at Saint Joseph's School and Irvington High School. Ann was devoutly Catholic; she attended weekly mass and lived the values of the Catholic Church. She especially enjoyed long summer trips back to Wisconsin to visit relatives and friends. Ann was intrigued by new technology and the ability to conduct research, transact business, and locate old friends on the internet. Ann also liked the numerous basset hounds that her son brought to her house. Ann was a kind woman, who dedicated her life to her husband, children, grandchildren, and friends. Survivors include her husband, Frank; children Michael Petrie; and Margaret Hoehn, Fremont. Her grandchildren, Christina Costa, Reno; and Carl Hoehn, Fremont; and one grandchild AJ Costa, Reno; one sister Gerry (Roger) Weber, Hilbert, Wis.; two sisters-in-law, Lila Sommers, Brillion Wis. and Joan Petrie, Sherwood, Wis., one brother and sister-in-law Jim and Ginny Petrie, New Holstein, Wis.; and many nieces, nephews and friends. She was preceded in death by her parents; her brother Donald Sommers; brother-in law Dave Petrie; brothers and sisters-in-law Gene and Lucy Schwarz and Kathleen and Hugh Goggins. Catholic Mass will take place at 11:00 a.m. on Saturday, November 30, 2013 at Saint Joseph's Church in Fremont. Burial will be in the Sommers' family plot at Saint Mary's Cemetery in Hilbert, Wisconsin.