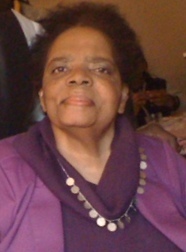 Annette Johnson was born March 20, 1940 in Bryant, Texas to Tyree Johnson and Bertha Lois Johnson. She is preceded in death by her parents, her husband, Winston Earl Johnson and sibling, Lula Mc Neilly. Annette attended Patrick Henry Elementary School and Everett Junior High School in San Francisco. She then graduated from Polytechnic High School in June 1958. Annette also attended San Francisco City College but put her college education on hold to pursue a career in retail sales. She successfully rose to buyer and management positions within the Emporium Department Store. Her retail career spanned nearly 20 years. In 1965, Annette married Winston Earl Johnson and later had two sons, Steven Miguel Johnson and Philip Romero Johnson. She was the epitome of motherly love, family, and home. She instilled in her children the virtues of compassion, courage, and tenacity. Annette is best remembered for her love of cooking, entertaining and dancing. She also was a trend-setter, evidenced by her fashionable attire and signature auburn-colored hair! In 1993, a series of health issues rendered her unable to walk. Annette never complained about her condition and was always a beacon of encouragement, with a never-give-up spirit. For the past 15 years, Annette made Park Central Care Center her home and was a well-loved resident there. She continually renewed and maintained her Christian faith though her home church, Resonate Movement. On her passing, Annette leaves sons Steven Johnson (husband, Brian Felder) of Los Angeles and Philip Johnson (wife, Annetta Johnson) of Sacramento and three grandchildren; Kavara, Kaliah and Kelton. She also leaves siblings Sherran Johnson of Fairfield, Irma Tucker, Gail Johnson and Benita Wilson, all of San Francisco, Pat Tatum of San Mateo, Deborah Gartrell of Sacramento, and Rudy Johnson and Darwin Johnson of Bryant, TX. Annette also leaves many other relatives, friends and acquaintances.