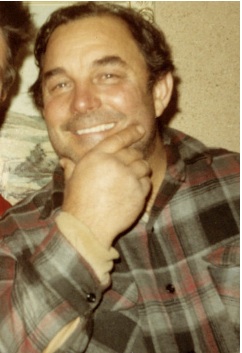 Anthony Goularte passed away in his sleep late Monday night. Tony leaves behind his loving wife Rita of 62 beautiful years together. He will be missed by his sons: Tony Goularte Jr, Paul Goularte, daughters: Rita Wagner and Kathleen Buob along with his 6 grandchildren and 3 great grandchildren with a great grandchild on the way. Tony grew up in the Warmsprings district. There was a total of 15 brothers and sister. While serving in the Navy at Pearl Harbor in 1945 he played on the football team with soon to be San Francisco 49er Joe Perry. Tony was a true outdoorsman that loved fishing and hunting deer in the local foothills as well as hunting deer and elk out of state. He worked over 25 years with NASA in the wind tunnels at Moffett Field in Mountain View, CA where he would retire from. Tony enjoyed working in his work shop and making things with his hands. He was a great mechanic. He especially enjoyed making toys for his children and grandchildren. He was a long time member of the Saint Edward's Men's Club in Newark, CA. As a member of Saint Edwards Men's Club Tony and Bill Corona started back in 1978…a Crabfeed that they put on every December. Tony continued the Crabfeed after Bill passed away. It has continued to be held every December. Tony will be missed by his family and friends yet never forgotten.