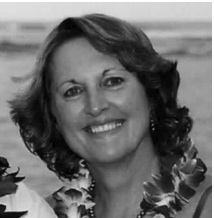 CARLSON Barbara Ann Carlson, age 63, of Fremont entered into eternal life on March 5, 2013 at home with her husband and sons at her side. She was for 23 years the beloved wife of Kevin Carlson, daughter of Johanna Czeszel; mother of Brain Tall and his wife JoAnn, Garett Tall, Julie Hood and her husband Chris, Roberta Esquivel and her husband George; and grandmother of Brianne and Andrea Tall and Anthony, Alexis, and Jesse Esquivel. She is also survived by her sister Deborah Brown and her husband Paul, her brother John Czeszel Jr. and his wife Dee and her brother Michael Czeszel and his wife Melissa. She will be dearly missed by all. Barbara is predeceased by her father John Czeszel. Friends are welcome to join the family at Berge-Pappas-Smith Chapel of the Angels at 40842 Fremont Blvd. in Fremont on Tuesday March 12th 2013 for a 2:00 PM celebration of her life. Public viewing will be from 1PM to 2PM. Remembrances may be made in Barbara's name to the American Cancer Society by going to their website and making a donation on behalf of BARBARA CARLSON.