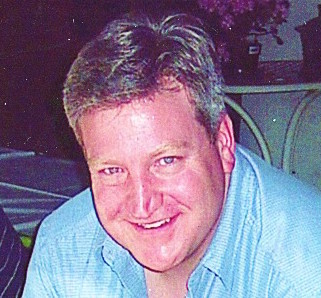 Barry G. Moore, born June 25, 1965 and passed away on February 7, 2015, thus leaving a hole in the hearts of the many people who knew and loved him. Barry lived most of his life in Pleasanton. He owned and operated his own floor maintenance business in the tri valley area and was well liked and respected by his employees and clients. In 2007, he moved to Castro Valley where he lived until his passing. He is survived by his loving wife, Stacy, his dear mother Antoinette, his brothers Kurt and Todd and his step children Christian, Alexa, Corey and Andy. He also leaves behind nieces and nephews Sandra, John, Breanna, Ted and Alex as well as a large extended family that he was very close to. If superheroes were real, Barry would have a cape hanging in his closet. There has never been a person more giving or willing to lend a hand to those in need. His generosity and selflessness along with his sense of humor are the main traits that come to mind when you think of Barry. If he had any fault or weakness, it would be that he was not one to ask for help. When encouraged to rest or take it easy on himself, he would often say 'I'll sleep when I'm dead'. He is finally getting that sleep. When he was faced with the news that his cancer was terminal, many people asked him how he felt about dying. Barry 's faith as a Jehovah's Witness gave him peace and assurance to answer that he was not afraid. He had a sure hope regarding what the Bible said about why people suffer and die (Romans 5:12), and he was confident of the Bible's promised hope of a resurrection and life in a new world without pain, illness, crime or death. (Isaiah 26:19; Psalm 37:29; Revelation 21:3, 4). Barry was also satisfied with the life he had lived. Anyone close to Barry knew he loved life to the fullest. He enjoyed hiking, skiing, music, traveling, experiencing new things and discovering amazing places to eat. He especially loved sharing these experiences with friends and family. Always healthy and one who took care of everyone else, Barry's illness was an unexpected shock. Just finding out that he had cancer in December, he spent most of the time he had left surrounded by friends and family and doing what he could to get his affairs in order. He joked and showed concern for others down to his very last day. His memory leaves a lasting impression on all who had the privilege to know him and he will remain forever in their hearts. Services will be held at 2:00 pm on Saturday, March 7, 2015 at the Kingdom Hall of Jehovah's Witnesses, located at 19453 San Ramon Valley Blvd., San Ramon, CA 94583.