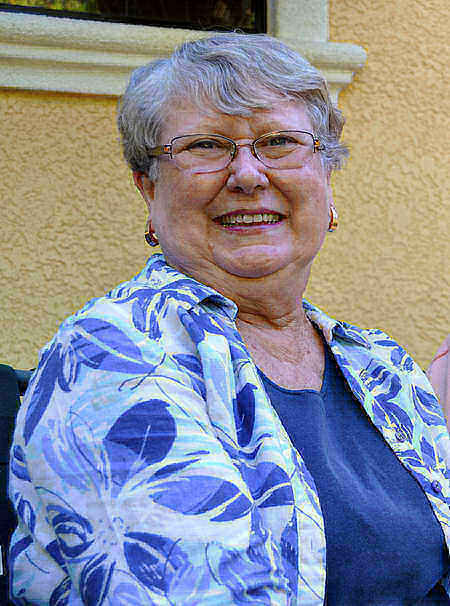 Charlotte Marie Peterson Weissenborn January 13, 1945 – October 7, 2013 Resident of Fremont Charlotte Marie Peterson Weissenborn succumbed to her two and a half year battle with breast cancer on October 7, 2013 surrounded by her husband and three daughters. Born January 13, 1945 and raised in Oakland, California, Charlotte was a graduate of Castlemont High School in 1962. She then attended the University of California Davis, followed by California State Hayward where she received her teaching credential. Charlotte married Kenneth Weissenborn of El Cerrito on August 2, 1969 in Hayward. They settled in Fremont where she worked as a high school teacher for 36 years. She started her teaching career at Washington High School in Fremont where she taught for four years. In 1972, she began working at American High School in Fremont where she taught social studies for 32 years and was the department chairperson for many years. She was also a mentor teacher for the Fremont Unified School District. She was honored to be an American High School 'original' and was a dedicated teacher who loved enriching young lives with the knowledge of history. A proud Swedish American, Charlotte was very active in the Bay Area Swedish community, specifically the Swedish American Patriotic League (SAPL). Her father built the family cabin in the Swedish community Sveadal, located in Morgan Hill in the 1950s. Charlotte was a proud a lifelong member of Tegner Lodge, VASA Order of America #149, in Oakland; Midsummer Queen in 1967; president of SAPL in 2005 – 2006; Midsummer Committee Chairperson for five years; a member of the SAPL Board of Governors; and a dedicated volunteer to the Sveadal community. Charlotte is survived by: her husband of 44 years, Kenneth; their three daughters, Karin Slack (Windsor, Colorado) and her husband Mark; Linnea Chapman (Capetown, South Africa) and her husband Gregory; and Marta Weissenborn (San Jose); three grandchildren Ryan Slack (13), Lauren Slack (11), and Svea Chapman (2); her sister, Carol Peterson Ainsworth (Livermore); two nephews, five nieces, seven great-nephews and three great-nieces. Charlotte was preceded in death by her parents, John and Gladys Peterson; mother-in-law Hilda Weissenborn; brother-in-law Ed Weissenborn; brother-in-law Don Ainsworth; father-in-law Carl Weissenborn; sister Jean Peterson Brooks; and nephew John Brooks. In lieu of flowers, the family requests that donations be made to the American Cancer Society or the Sveadal Memorial Fund. For the Sveadal Memorial Fund, please send donations to Debbie Allustiarti at 123 Bloomfield Road, Burlingame, CA 94010. Memorial services will be held on Saturday, October 12 at 2 p.m. at Sveadal, 8220 Croy Road, Morgan Hill, California 95037. For directions, please visit www.sveadal.org. Carpooling is encouraged.