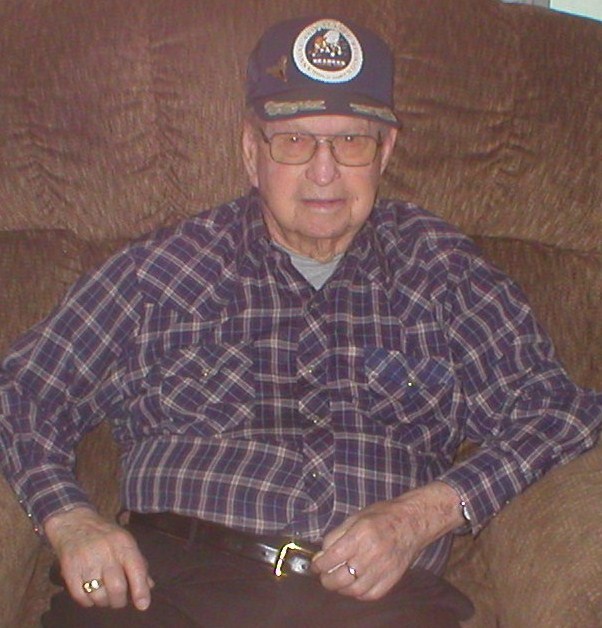 Clayton E. (Curly) Rice, Sr. was born in Crescent, OK on July 19, 1918. He went peacefully to be with the Lord on Feb. 15, 2015 while surrounded by his family. In Dec. 2011, Clayton and his wife Betty Jo moved to Fremont to be with their three sons and their fami¬lies. Before their move, they would visit often as they loved to spend time with their family. As a young man, Clayton worked in the oil fields. He then joined the U.S. Army and later the U.S. Navy SEABBEES. After serving his country, he returned to the oil fields and married Betty Jo Brady on Jan. 10, 1945. In the late 50's he worked for United Iron and steel in Guthrie, OK. From the early 60's until his re¬tirement in 1985, Clayton was employed by Tinker Air force, and then worked part time for Kelly Propane in Guthrie. He could do it all and was always willing to help anyone in need. He and Betty Jo volunteered at the Guthrie Hospital for many years. Beloved husband of the late Betty Jo Rice. Devoted father of Clayton Rice, Jr., and his wife Wonda and Rick Rice and his wife Pam, all of Fremont, and Byron Rice and his wife Elisa of Newark. Loving grandfa¬ther of Jody, Christina and Richie and great-grandfather of Evan, Taylor, Carson and Cooper. Cherished brother of Dean McMillan. Family and friends are in¬vited to attend a 9:30 visita¬tion with an 11:00 A.M. ser¬vice on Thursday, February 19th at Berge-Pappas-Smith Chapel of the Angels, 40842 Fremont Blvd., Fremont.