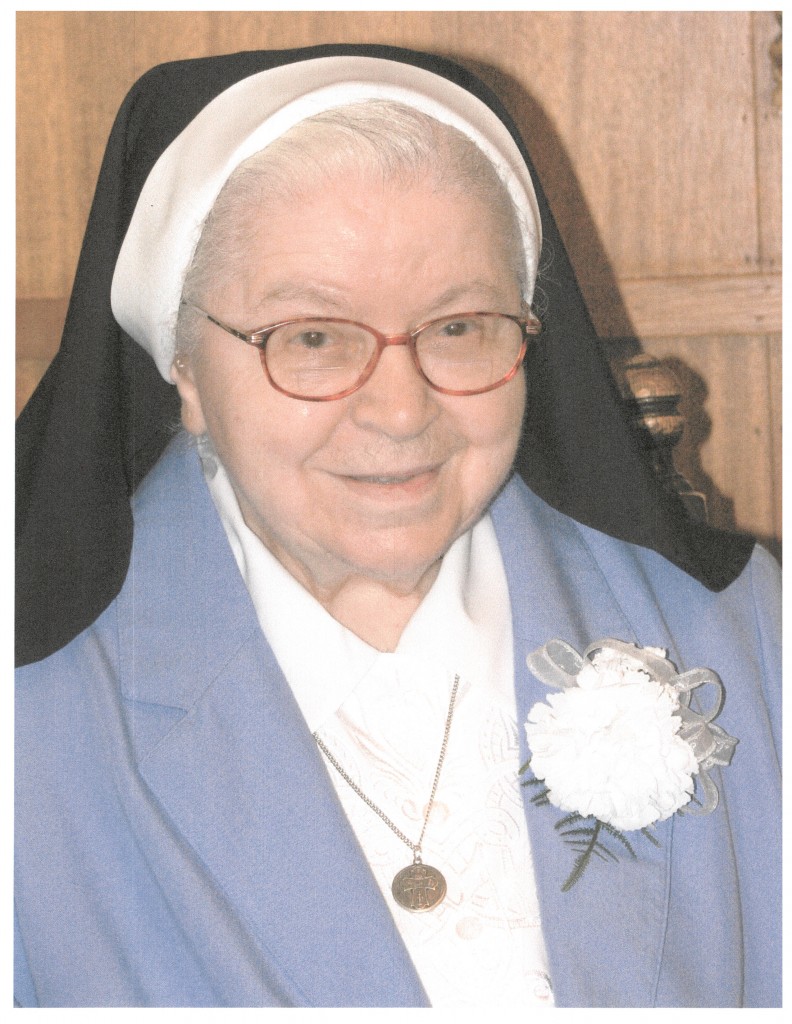 Sister M. Concetta Lombardo, SHF October 23, 1918 - August 15, 2017 Sister M. Concetta Lombardo, SHF, died peacefully at the Motherhouse of the Sisters of the Holy Family in Fremont on August 15, 2017 at the age of 98. She was born Concetta Elizabeth Lombardo on October 23, 1918, in Jamestown, New York, and entered the Sisters of the Holy Family from St. Joseph Parish in San Jose, California, on January 6, 1957, at the age of 38. Her death came during her year of celebrating her 60th Jubilee as a member of the Sisters of the Holy Family. Sister Concetta served in religious education in parishes in northern and southern California as well as in Nevada and Texas. She returned to California in 1969, and from then on engaged in community and family ministry. In 1977 she moved to the Motherhouse in Mission San Jose, where she served variously in the infirmary, in the kitchen as cook, and as portress. Sister Concetta was most known for her pleasant and gentle ways, and for her welcoming spirit in her role in hospitality ministry at the Motherhouse. She spent much time in prayer, and was devoted to the Blessed Virgin Mary, understandably as she carried the name, Concetta, which is an Italian recognition of the Immaculate Conception of Mary. She was called home to God on the feast of Mary’s Assumption. The Mass of Resurrection will be celebrated on Wednesday, August 23, at 11:00 a.m. at the Holy Family Motherhouse in Fremont. Interment will follow at 2:30 pm at Holy Cross Cemetery in Colma. In lieu of flowers, contributions may be sent to the Sisters of the Holy Family, PO Box 3248, Fremont, CA 94539.