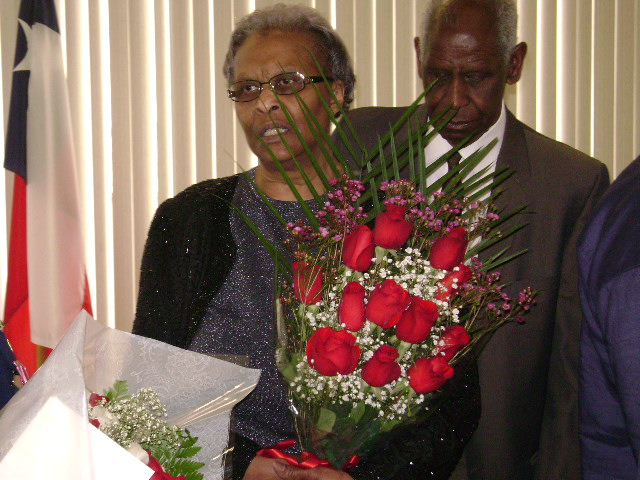 Humble Beginnings Crosby Lee Bonner, Jr., the first of two children, was born August 23, 1926 in Rustin, Louisiana to Crosby Lee Bonner, Sr. and Norma Perry Bonner. Crosby attended grade school and lived in Grambling, Louisiana until he was inducted in the United States Air Force in 1945. A Husband’s Love Crosby was married three times to Katie Cortiz, Mable Starr, and finally to his true love Lou Gertha Landry, a hospital dietitian at Washington Hospital at Fremont. The courtship lasted several years and Lou and Crosby were joined in union on August 24, 1968 at Reno in the company of their two children. Both Crosby and Lou were well known in the neighborhood and shared their religious passions at South Bay Community Church of Warms Spring. For 35 years, Crosby was employed in the nuclear field at Mare Island Shipyard as an Industrial Refueling Technician, working on many of the nuclear submarines docked in Vallejo for technical upgrades and/or repairs. In December 1970, Crosby and Lou moved the family to Fremont, California where the children graduated from the local high schools and he and Lou retired. Children’s Legacy Even though Crosby was not blessed with biological children, he was the most loving father to Lou’s two children - son, Adolph Keyes and daughter, Melinda Davis-Buckley. Crosby provided a nurturing, caring, and loving home of which he proudly watched the family blossom into three grandsons, a granddaughter, four great-grandsons, and a great-granddaughter. A Champion As the oldest child, Crosby led by example. Crosby was an ambitious man, seeking new experiences well beyond the boundaries of his hometown of Grambling. After Crosby was honorably discharged from military service, he remained in California to explore life opportunities that proved beneficial. Crosby was a spiritual person who believed in strong family ties and remained close to his sibling Elnora and other relatives that lived nearby in Oakland. Crosby was always there when he was needed providing guidance and support wherever he could assist. A Residual Effect Crosby was a well-known person in the community and church where he worshiped. As a member of the Active Adult Seniors Ministry at South Bay Community, he shared many loving and exciting moments with church members as they traveled about to see plays and visit local establishments. Crosby also brought joy to the lives of many in his community. Crosby and Lou opened their hearts, and doors, to neighbors who would greet them daily and maintained a close relationship with good friends that lived nearby. €ƒ A Calm Reflection Someone once told me I should focus on the destination. How wrong that someone was. I soon realized that as I went along€¦I would never truly know what my destination would be. The journey was all I had€¦so I became the journey, and the journey “was” my happiness. -------------------------------------------------------- I am not gone! I remain here beside you - just in a different form. Look for me in your heart and there you will find me in our love which forever lives on. In those moments when you feel alone look for me in your thoughts and there you will find me in sweet memories that burn strong. Every time a tear forms in your beautiful eyes, look up to the heavens and there you will see me - smiling down from God’s glorious skies. By Injete Chesoni Acknowledgments We wish to thank you for your many kind deeds and consoling words during the passing of our loved one. If we have overlooked anyone, we extend our sincere gratitude€¦ God Bless You! ~The Family~