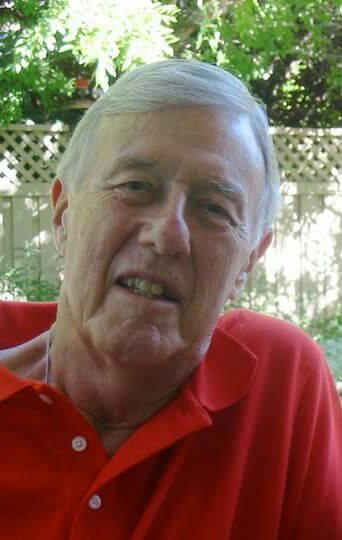 Long time racing enthusiast, David Loren Baxter took the checkered flag for the last time on March 10, 2016 at the age of 81. He had a never ending passion for cars since his 'wild youth' in Aromas, California. He was born in Medford, Oregon to Spencer and Delva Baxter. His parents preceded him in death in 1948, when Dave was just 13 years old. He and his younger sister, Sharon, were raised and loved dearly by family member Leola Reed of Salinas, California. Dave served in the Air Force in the 1950's working on B-29 airplanes. He then worked at FMC as a manufacturing engineer and Lockheed-Martin Missiles and Space from 1967-1997 in the Missile Support Division. He was a programmer, producibility engineer and supervisor for the Polaris Missile Project. He was proud that his satellite design was hanging in the George Bush Presidential Library Center at Texas A&M University, and was honored to be invited to the dedication ceremony where he met the then current President and all past Presidents and First Ladies, except President Ronald Reagan. He loved and cherished life enough to be a blood donor with over 35 gallons donated at Stanford University. Many folks survived leukemia because of generosity. He was a silent hero. Some of the communities in California that benefited from Dave's giving ways were Aromas, Watsonville, Campbell, Saratoga, and Lincoln. Dave was a Jack-of-all-Trades that could fix and build anything. Throughout his life, he was a fountain of endless physical energy and had a passion for fabricating things or making them better – repairing, remodeling and improving. His love of cars ruled his life, having built numerous hot rods throughout his life. A quiet man by nature, he took delight in seeing family and friends enjoy the fruits of his labor. David Loren Baxter was a devoted husband, father, brother, 'Papa' and loyal friend to many, his loss will be felt by all. Married for almost 30 years, his wife Gail passed away just a few short weeks ago. Dave's sister Sharon Gaddis and his daughter, Michele Hoogendoorn (from a previous marriage to Raylene Baca Baxter) also preceded him in death. He is survived by his loving sons, David R. Baxter and Kenneth Baxter (Stephanie), step-daughters Stacie Ciaffredo (Richard) and Carrie Terzian (James) and four grandchildren, Adam, Koedy, Alice and Gabrielle 'Elle'. A private family service will be held at Berge Pappas Smith Chapel of the Angels on March 16, 2016. Please visit www.bergepappassmith.com to view the memorial page, full obituary and guest book for David Baxter. In lieu of flowers, donations can be made to the American Heart Association.