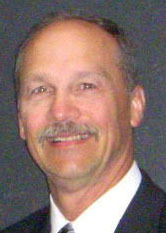 Dennis Jones, a long-time Fremont resident who devoted a lifetime to public service, family and friends, has died. He was 66. Born in Sonora, CA, his family moved to Sunnyvale in the mid-1950s. He earned a Bachelors and Masters Degrees in Civil Engineering from San Jose State University and spent a career working in the Cities of Sunnyvale, Fremont and Newark, beginning in 1966 and retiring in 2010 as the Assistant City Manager of Newark. Dennis was well known for his wicked wit and willingness to stop whatever he was doing to help others when needed. He had a vast range of interests and worked hard to be the best at anything he did. The son of a master mechanic, he was the model DIYer – building home additions, rebuilding car engines, doing anything and everything around the house, and not just his house. He was an avid fly fisherman, taking annual out-of-state trips to find the right combination of peace…and fish. He loved golf and happily competed with his son for Best in House. Dennis would tell you his greatest achievement was his family. He was devoted to his wife Rosie (his 'partner-in-fun') whom he married in 1975, becoming a member of the 'Outlaws' – a loose affiliation of ne'er-do-wells not to be confused with the group more commonly known as in-laws. In 1980, he and Rosie welcomed son Matt, who Dennis would proudly tell you was Dr. Jones. As a group, they were travelers, tourists, historians, and adventurers – blazing a trail across the United States and around the world – completing a three-week Southeast Asia tour just months ago. In recent years, Dennis spent as much time with his grandkids as possible, finally settling into his well-earned retirement. In his spare time Dennis could be seen around town in his beloved red Mini Cooper or staying active in the Rotary Club. Dennis is survived by his wife Rosie of Fremont, son Matt and his family (Rachel, Aaron and Avery) of Phoenix AZ, and more family and friends that can be counted on an abacus. A Celebration of Life is being planned.