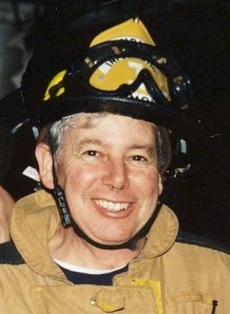 Dennis Toni Satariano, 68, passed away Thursday, June 4, 2015 peacefully at his home in Fremont, California. Dennis is survived by his daughter, Jennifer; his two sons Jason and Matthew; his two dogs Shilo and Scout; and many dear friends. He was preceded in death by his wife Darlene in 1999. Dennis was born August 8, 1946 in San Francisco, California. He graduated college from Cal State Hayward and later moved to Fremont, California where he raised his family. Dennis was known for his active involvement in the Fremont community where he held title as the Public Information Officer for Fremont Fire Department and Fremont Police Department. Among his colleagues, Dennis was known for his well-thought-out and playful pranks. In his honor, the City of Fremont has placed all city flags at half-mast for one week. An avid baseball lover, Dennis was a passionate San Francisco Giants fan and relished the opportunity to attend three World Series games. For many years, Dennis took pride coaching Mission San Jose Little League and had the honor of coaching his three children. Among other things, Dennis also loved the outdoors and was often found visiting Yosemite and Lake Tahoe. A memorial will be held at Saint Joseph Catholic Church in Fremont on Monday, June 15th at 11:00 A.M. In lieu of flowers, donations can be made to Mission San Jose Little League, 503 Lemos Lane, Fremont, CA 94539.