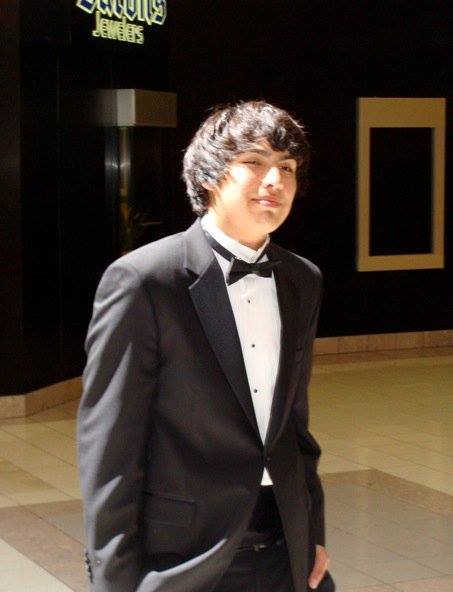 Derrick Stephen Lehmer, eldest son of Ana and Ron Lehmer, collapsed and passed away at his home in Fremont, CA on August 15th, 2015. He was 23. He was born in Los Angeles on February 8th, 1992. Derrick graduated from American High School in Fremont in 2010 and attended Foothill-De Anza Community College and had plans to pursue a degree in psychology at a four-year college. Derrick's short life was vibrant and always full of adventure. His spirit was energetic, compassionate, and charismatic. He was passionate about his convictions, loyal to his friends to a fault, loving and caring to his family, and a leader and protector to his younger brothers. As a teenager growing up in Los Angeles, he became a passionate Dodgers baseball fan. In fact, he was a fan of many sports and spent much of his leisure time watching football, baseball, and basketball. He enjoyed playing basketball and loved to go water-skiing whenever possible. Derrick learned to play the cello using the instrument that his great-grandfather Derrick Henry Lehmer had played. He ultimately became first chair cello in the Fremont High School orchestra in Sunnyvale, CA. His popular music tastes were far more eclectic, and he looked forward to music festivals such as Coachella and Outside Lands. He also had an interest in modern art and photography, making many trips to the local art museums. Derrick is survived by his mother and father, Ana and Ronald Lehmer, and his two younger brothers, Andrew and William. Family and friends are invited to attend a 5:00 - 8:00PM visitation with a 7:00PM Vigil on Thursday, August 20, 2015 at Berge-Pappas-Smith Chapel of the Angels, 40842 Fremont Blvd. A 12:30PM Mass of Resurrection will be held at Holy Spirit Catholic Church, 37588 Fremont Blvd., Fremont, CA 94538 on Friday, August 21, 2015. A second visitation will be held at Calvary Mortuary, 4201 Whittier Blvd., Los Angeles, CA 90023 on Tuesday, August 25, 2015 from 10:00AM - noon. A Rosary and Liturgy will begin at 12:45, followed by interment at Calvary Catholic Cemetery.