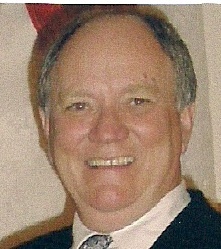 DONALD STEWART Aug 12, 1944 - Aug 10, 2013 Resident of San Jose FREMONT BUSINESS OWNER Don Stewart and his beloved wife, Gael, began their coffee roasting business called Mission Coffee Roasting in 1993. He became a community icon through his entrepreneurship, mentoring and philanthropy. He treasured his children, Jennifer (Jesse Ruiz) and Michael (Ashley Gutterman) and his grandchildren, Marley, Presleigh, and Mason and siblings, William, Richard and Carol. A native Californian born in Vallejo, he was a Marine veteran, a Milpitas police officer, and a Silicon Valley tech engineer prior to starting his Fremont business. He brought stability, joy and laughter to those whose lives he touched. He is gone, but he will never be forgotten. All are invited to a celebration of Don's life and contributions to the community on Tuesday, August 20 at 4:00 p.m. The event will take place on the grounds of the Dominican Sisters of Mission San Jose, 43326 Mission Boulevard, Fremont, CA (enter from Mission Tierra Place).