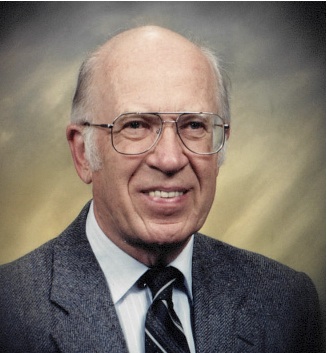 Donald James Strong, a faculty member at Cal State University, Hayward, died February 17, 2013 in Fremont, CA. He was 84. Born December 11, 1928, in Franklinville, New York, Dr. Strong received his B.A. from Houghton College, New York, M.A. from the University of Michigan, and Ph.D. from the University of Denver. He was a faculty member for 30 years in the California State University system, first at San Francisco and then at Hayward, where he was founding director of the Counseling Center. In 1986 he received a Meritorious Performance faculty award. He retired as Professor Emeritus of Psychology in 1989. A licensed psychologist, he was co-founder of the Alameda County Psychological Association, serving as its president in 1978. He received a Distinguished Service Award from the organization in 1979. He was also one of the original lifetime members of the American Counseling Association. Dr. Strong was a pioneer in the application of biofeedback with superior athletes through the use of the 'fine tuning model' which he developed. He worked with Olympic level athletes in the area of sports medicine and served as consultant to the Olympic Development Committee for Women's Track and Field and Synchronized Swimming for 12 years. He was a member of the National Association of Sports Psychologists. A veteran of the Korean War, he was a First Lieutenant in the Air Force Medical Service Corps. As a youth he was an avid basketball player, lettering in the sport both in high school and in college. In later years he was also a member of the National Train Collectors Association. Dr. Strong lived in Fremont the past 50 years. A ruling elder at Centerville Presbyterian Church and a member there since 1963, he served for many years in the Presbytery of San Francisco on various committees. He is survived by his wife Shirley of Fremont, daughters Becky Strong of Chico and Kathy Strong of Walnut Creek, sister Marilyn Flint of Newfane, New York. Funeral services will be 1:00 PM, on Sunday, February 24th at West Point Community Covenant Church, 22264 Highway 26, West Point, CA. Burial will follow at West Point Cemetery. There will also be a 2:00 PM Memorial service Saturday, March 2nd held at Centerville Presbyterian Church, 4360 Central Avenue. Fremont. Memorial contributions may be made to Centerville Presbyterian Church.