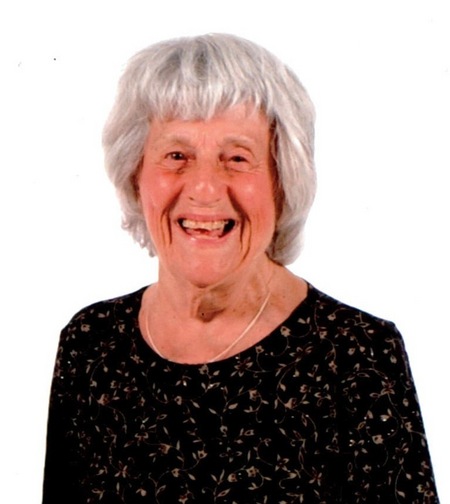 Dorothy passed away peacefully at the age of 90 after a valiant battle with Alzheimer's disease. Dorothy was born in Oakland, CA to parents John J. Moreno of Italy and Anita J. Cantino Moreno of Oakland. She graduated from Oakland Technical High School in June, 1941. She married the love of her life, Andrew 'Andy' L. Brasesco (deceased October, 31 2005) on February 1, 1942 and was married for 63 years. She is survived by children/spouses Carol Brasesco Derham and Jack (deceased), Larry Brasesco and wife Sharron Brasesco, both deceased, John Brasesco, Mary Ann Brasesco Levenson and Scott and Robert Brasesco. She is also survived by 10 grandchildren and 5 great grandchildren. During WWII, Dorothy worked at the Alameda Navel Shipyards building Amphibious Tanks while 'Andy' was in the U S Navy. They lived in Oakland until 1972 and then moved to San Ramon. Dorothy was very active in St. Augustine's Parish, Oakland and St. Raymond's Parish, Dublin. She was an original member of the Oakland Fireman's Wives Club. Other than raising her five children and gardening, her favorite pastime was traveling in their 5th wheeler to Pismo Beach, Happy Isles in Yosemite and their annual trips to Hawaii for at least 12 years in a row. They also traveled extensively in Italy, Ireland, and Scotland and many various cruises. No doubt that they lived a very happy life!Family and friends are invited to attend a Memorial Mass 11:00 am Monday, October 28, at St. Joseph's Church, 43148 Mission Blvd, Fremont, CA. Donations can be made to Sister John Marie's Pantry, Alzheimer's Assoc. or living plants.