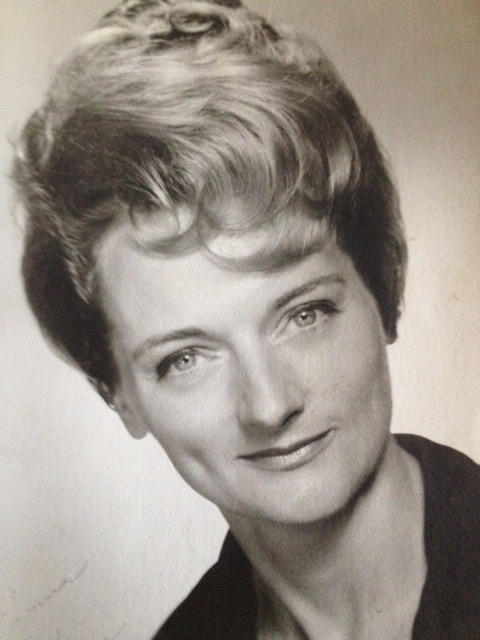 Dorothy Jane Wells McFall, comforted by members of her family & a rendition of a few of her favorite swing songs at Washington Township Hospital, in Fremont, California entered into Divine Peace on July 8, 2014. She was born in Chicago, Illinois on February 14, 1920. She was the beloved daughter of Frank Tracy Wells and Winifred Genevieve Wells. The family moved to Quincy, Illinois when Dorothy was some 2 ½ years old and her father 'Trake' accepted an executive position with the Gardner-Denver Company. She showed artistic sensitivities and personality as she grew and studied dance, cello and piano. Dorothy attended Interlochen Music Camp and after graduating from Quincy High School (1937) she majored in Music at Illinois Wesleyan University, where she pledged SAI Sorority. She met her future husband Bob Austin a music scholarship participant. Bob Austin and Dorothy Wells married in Quincy, Illinois just after the outbreak of WWII. While her husband was serving in the Army Air Force, Dorothy, a former Candy Striper, became a Nurses Aide at Quincy's Blessing Hospital and volunteered as a pre-school teacher at Madison School after her son (Bob Austin III) was born. After the War their family eventually expanded to include two daughters Kathy Jane &, Dorothy –Lynn and a Pyrenees dog; they relocated to a farm on Rte 36 near Melrose School. Following the ice storms 1950, the family followed the Sr. Wells suit and relocated to California, eventually establishing permanent residence in a Downey ranch house. Bob took a job as a salesman with the Baldwin Piano Company, where he encountered many well know musicians, arrangers, artists and actors as clients. (He would remain with Baldwin until the late 1960's, receiving corporate honors for his salesmanship). In addition to her many responsibilities as mother (a third daughter, Donna, was born in Downey) and household manager, Dorothy hung out her shingle as piano and voice instructor. She also encouraged her own children to expand their talents. Daughters Dorothy-Lynn and Kathy, who were later to participate in a regular T.V. broadcast 'Faith of Our Children' and other related activities. When Donna-Elizabeth was born she was featured therein as 'Baby Jesus'. Bobby took up drums and later trumpet (thanks to the influence his Uncle Tracy Wells) and toured extensively through the U.S. & Canada with renowned Huntington Park Youth Band. Dorothy and her daughters became heavily engaged with several stage productions of the Downey Little Theatre, Kathy later joining The Young Americans and Kids Next Door. Dorothy and Bob were divorced in the mid- 60's, and Dorothy returned to college @ Cal State , Long Beach to gain her teaching credential . She later completed her MA degree. Her first long term teaching assignment was at a girl's reform school, reputedly so rough that she engaged her son, a lettered college & AAU wrestler, to teach her certain required safety holds and intervention moves. She later taught until her retirement at Laurel Elementary School in East Whittier. She remarried Bob McFall in 1968, who was a great help to her in constructing sets and other activities for her school plays and musicals. She was a positive light in everybody's life and a direct inspiration to many. Predeceased by a son Johnnie Austin (1957), Cousins Charlotte Yexley and Marion Shirt (Chicago), Edith Brown (Rochester). James Robert Austin (former husband) and James Robert McFall (Husband). Survived by her Brother Tracy Wells (Long Beach), Daughters Kathy Way (Oakland) Dorothy Armstrong (L.A.), Donna Palmberg (Fremont) Son Bob Austin (Napa) Stepdaughters Patti Ellsworth (Seal Beach) and Karen Jarand (Beaverton, Or), two nephews, eight grandchildren, two great-grandchildren with one close prospective. Celebration of Life @ Berge-Pappas-Smith Chapel of the Angels, 40842 Fremont Blvd, Fremont, California 94539