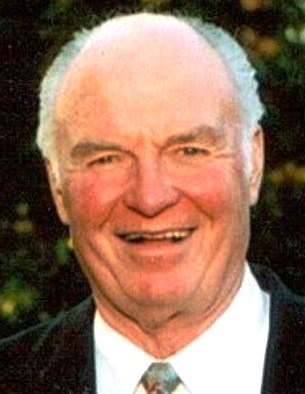 Born in Chicago, IL. on June 23, 1933, Edgar Eugene Kendall Jr. went to the Lord on June 9, 2013 in Coppell, Tx. He was 79 years old. Beloved Husband, Father, Son, Brother, Uncle, Grandfather, and Great Grandfather. He survived his wife of 44 years Hedwig Bertha Kendall who passed in July of 2001. Ed graduated from Hayward High School in Hayward Ca. in 1951 where he earned the nickname, 'Smoke' because of his dominating fastball. After a year of college he joined the Air Force as a basic Airman. He was stationed in Wassekupe, Germany where he met the love of his life, Hedwig Bertha Neidert. They married on Oct. 27, 1956 in Fulda, Germany. After an honorable discharge Ed and Hedy moved to Fremont, CA. where they resided for the remainder of their days. Ed was a member of the Retail Food Clerks Union and worked in Grocery stores throughout the Bay Area. Ed adored his huge family. He was an avid fan of Horse racing and also enjoyed fishing, golf, and spending time with his family. But mostly Ed lived for Jesus Christ. He was a member of Our Lady of Guadalupe church in Irvington where he served as an usher each morning. Ed is survived by his 5 children: Edgar Eugene Kendall III, Heidi Stamp, Vicki Gregg, Rose Everett, and Kathy May and his sister Deane Klein. He also had 8 nieces and nephews, 28 grandchildren and 8 great grandchildren with 2 more on the way. There will be a vigil in celebration of his life Friday June 14 at 6:00 PM at Berge-Pappas-Smith Chapel of the Angels 40842 Fremont Blvd. Fremont, CA. 94538, with public viewing from 2-6 PM. A funeral mass will commence on Saturday, June 15th at 10:00 AM at Our Lady of Guadalupe church 40382 Fremont Blvd. Fremont, CA. 94538.