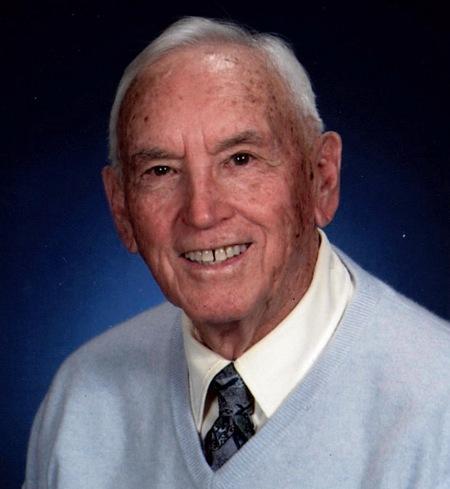 Edward F. Kalin, Fremont resident for 41 years, passed away on February 2, 2013 at the age of 91. Edward was born in Connecticut, but spent his adult life in California. He was a WWII US Navy veteran, and a retired California Highway Patrol (CHP) officer. Ed enjoyed playing golf and exercised daily. Ed always enjoyed a good laugh and loved to play silly jokes on people. If someone gave him a hat or sweatshirt, he made sure to wear it next time he saw them. He was a member of Irvington Presbyterian Church, Vacaville Masonic Lodge F&AM #134, San Jose Scottish Rite, Aahmes Shrine, California Highway Patrol Association, Submariners Vets of WWII, US Submariners Vets Incorporated, and Kansas Peace Officers Association. After retiring from the CHP, Edward worked for several years in Security at Lockheed and later volunteered at the Fremont Police Department. Edward loved and was extremely proud of both his immediate and extended family. He is survived by his loving wife Leila Kalin, sister Helen Massara of San Jose, daughter Renee Borenstein and husband Issie of Fairfax, step-daughter Teresa Oliver-Merrill and husband Paul of Pleasanton, son Bruce Kalin of Campbell, 5 grand-children, and 3 great-grand-children. Ed treasured the special role that extended family Suzie Pine, husband Mike, and children played in his life. Family and friends are invited to attend a 10:30 A.M. Celebration of Life on February 23, 2013 held at Irvington Presbyterian Church, 4181 Irvington Ave, Fremont, Ca 94538 In lieu of flowers, remembrances may be made in Edward's name to Shriner's Hospital for Children, 2425 Stockton Blvd, Sacramento, CA 95817.