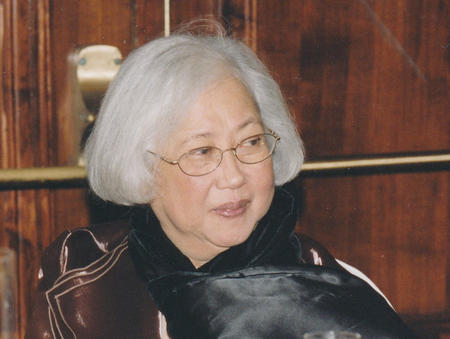 Evelyn Bagaporo Quizon August 7, 1939 - November 25, 2013. Resident of Fremont passed away peacefully in Fremont on November 25, 2013. Evelyn was born and raised in Iriga City, Bicol, Philippines. She was a graduate of the University of the Philippines. In 1973 she moved to California with her family. She was preceded in death by her loving husband Felipe Quizon and sister Elsa Asanza. For many years she worked at Washington Hospital in the Pharmacy Department. She is survived by her five children (Natalie, Melba, Glenn, Gary, and Teresa) and their spouses, her five grandchildren, and her sister Lilian Andalis. A private memorial will be held this month. In lieu of flowers, the family has requested that donations be made in memory of Evelyn to the Typhoon Haiyan Appeal of the International Committee of the Red Cross.