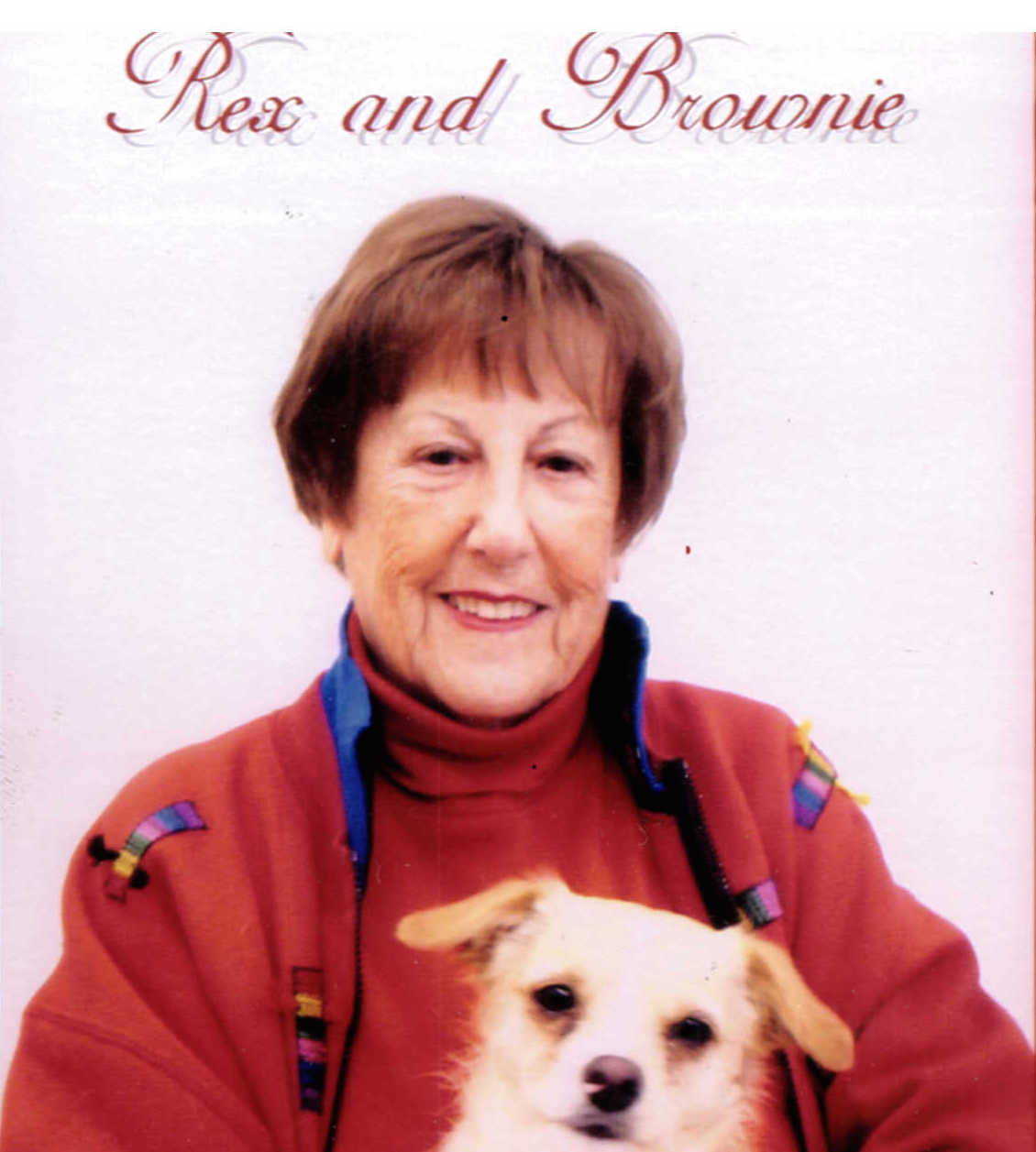 Evelyn 'Brownie' Rose died peacefully, on January 10, 2016, exactly where she was born and lived for 94 years, in her beloved Warm Springs. Evelyn was the only child of Joseph S. Brown and Rosie Vargas. Her mother was one of the ten children of Joe F. Vargas and Anna C. Lourenco, Azorean Portuguese immigrants. Evelyn's father, Joe, had also emigrated from the Azores to Warm Springs as a small child with his widowed father. While Evelyn was surrounded by many of her mother's family growing up, her father was one of the central figures in the Warm Springs area during the first half of the 20th Century. Joe S. Brown was the postmaster, the station agent for the Southern Pacific Railroad, and owned the general store, which was a gathering place for the little farming community. Evelyn loved to work after school and during the summers at the general store. One of Evelyn's favorite childhood memories was throwing sacks of outgoing mail onto the train that came near their store and post office. She came to be known as 'Brownie' during her high school years, a nickname taken from her maiden name of Brown. Brownie graduated from Washington Union High School in 1939 and from Heald Business College in San Jose in June of 1941. Brownie went to work as a secretary and registrar for Washington Union High School, on July 1, 1941, when 'Pop' Gould was the principal. Her job eventually became secretary to the superintendent of the Fremont Unified School District, working for 42 years and with five superintendents before her retirement in 1983. She enjoyed the challenge of working with people, especially 'her kids'. During World War II, Brownie wrote to many of the students who went to war and sent them copies of the school newspaper, The Hatchet. One of her most poignant aspects of her job, at that time, was releasing the names of those who were killed, or missing in action, to be posted on a memorial that had been set up at the Cloverdale Creamery in Centerville. Brownie was efficient, witty, opinionated, a bit sassy, and had a very soft spot in her heart for anyone that needed a friend. Her 'kids' came to her with their problems and many were lifelong friends. She was invited to most class reunions and was the main organizer for her own class of 1939 reunion until recent years. Evelyn married Leonard E. Rose on December 22, 1945, and they enjoyed a long and happy marriage until Leonard's death in 1991. They traveled extensively in the United States and throughout the world. Brownie continued to enjoy travel, have lunch, and attend community events with her girlfriends after Leonard's death. Brownie was active in many organizations. She was president many times of the S.P.R.S.I. Council #84 and was honored in 2010 for being the president in the years of the 50th, 75th and 100th anniversaries of that club. She served also as president of Business and Professional Women's Club. She was also a member of the Y.L.I, Native Daughters of the Golden West, I.D.E.S, U.P.P.E.C., Cabrillo Club of California, Washington High School Alumni Association, and a member of St. Joseph's Parish since birth. In 2009, she was honored to be the Grand Marshall of the Fremont Fourth of July Parade, a nod to her long and involved life in the community. Brownie was a life long animal lover and each of her succession of dogs and cats were spoiled by their loving owner. Her last dog is her beloved Rex, who will be lost without her attention. Brownie loved to dance, especially the jitterbug. She wore a signature anklet bracelet her entire life. She cherished her Warm Springs cousins and was saddened by the loss of each of them as she grew into old age. Her circle of friends were a great comfort, especially Mark Grace, who visited her faithfully through her last days. She was given excellent care for the last four years by her caregiver, Setaita Koto, whose patience and love allowed her to remain in her home. Cousins who survive her are Maurice Vargas, Gussy Newcomb, Patricia Donatelli, Bob Brazil and godchildren, Bruce Brazil, Kim Santos and Andrea Beggs. Donations in her memory can be made to Sister John Marie's Pantry,