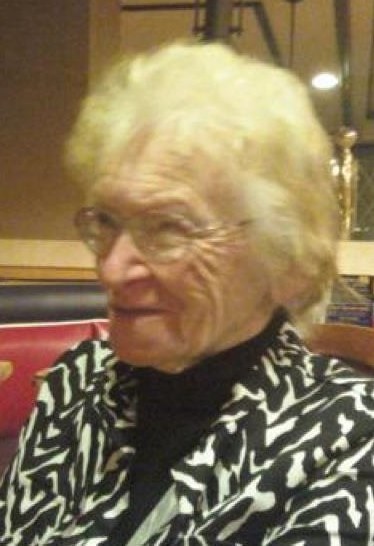 Evelyn Dorene Spence (SIS) passed away peacefully on June 16, 2013. She was 82 years young. Evelyn was born March 3, 1931 in Mission San Jose, California to Roy and Grace Meyers. Evelyn graduated from Washington high school in 1948. She was a lifelong resident of Fremont California. Evelyn married Duane Spence and had two sons Steve and Dennis. Evelyn loved spending time with family, going to Reno, camping, the beach, or just family dinners and enjoying wine. She loved cooking for family and friends, making cheesecakes and tending to her garden. Being a great grandma meant the world to her and she would spend as much time with them as possible and would usually outlast them. She was a loyal A's fan. She attended St. Joseph's Catholic Church in Mission San Jose, And was a longtime member and served as secretary treasurer for IDES. Evelyn is survived by her son Steve Spence and wife Linda. Son Dennis Spence and wife Barbara of Visalia, California. Grandchildren Rob Spence, Larry Spence, Megan Oliver Spence, Kimberly Aparicio, Ryan Spence, Wesley Spence. Great-Grandchildren Whitney, Alyssa, Dakota, Andrew, Isaac, Paytin, Ashlee, and Matthew. Evelyn was preceded in death by her father Roy Meyers, Step-Father Frank Vieth, mother Grace Vieth, brother Richard Meyers, and brother Donald Meyers. Family and friends are invited to attend a visitation on Monday, June 24, 2013 from 3:00 - 8:00 PM with a 7:00 PM Vigil at Berge-Pappas-Smith Chapel of the Angels, 40842 Fremont Blvd., Fremont, CA 94538. An 11:00 AM Funeral services will be held on Tuesday, June 25, 2013 at Berge-Pappas-Smith Chapel of the Angels.