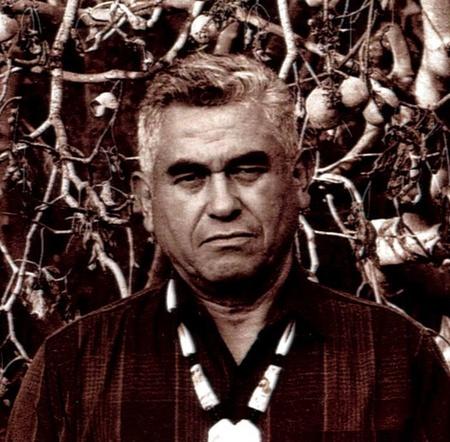 Felipe 'Phil' Galvan, 87, of Fremont, California, passed away on Monday, March 25, 2013. Born on January 18, 1926, in Hayward, California, he was the son of Felipe and Dolores Galvan. He is survived by his wife of 65 years, Sarah Mary Galvan; one daughter Eleanor Galvan of San Bruno, California; two sons, Michael Galvan of Hayward, California, and Andrew Galvan of Fremont, California; a sister Dolores Galvan Lameria, and a brother Hank Alvarez, both of San Jose, California; four grandchildren, Desiree, Richard, Jessica and Phillip; eleven great grandchildren, Sarah, James, Samantha, Jenna Rose, Mariah, Cedric Jr., Adeline, Michael, Phillip Jr., Andrew and Santos; and two great-great grandchildren, Amaya and Sophia. An Army Veteran of World War II, Phil was employed by the Sisters of the Holy Family from June 1972 until his retirement in September 2011. Phil began his employment with the Sisters as part of the gardening and maintenance staff, but soon his talents surfaced in the areas of carpentry and painting. Ultimately, he came to be considered the primary caretaker of the Motherhouse property. Phil was frequently seen driving the tractor around the grounds doing gardening work on the 14 acres. His carpentry skills showed in many renovations to the Motherhouse and surrounding buildings. The Sisters only needed to mention something needed to be done and Phil took care of it. Phil's wife Sarah also worked for the Sisters in their Care Center for many years. In 1967, Phil proposed naming the local community College 'OHLONE.' Almost 50 years later, Ohlone College remains the only community college in the United States of America named for an Indian Tribe. In 1971, Phil and other members of his family formed The Ohlone Indian Tribe, Inc., for the successful purpose of maintaining and preserving the Ohlones Indian Cemetery on Washington Boulevard in the Mission San Jose District of the City of Fremont, California. Phil worked closely and effectively with the City of Fremont and other agencies to ensure the Ohlone burial ground would not be disturbed during construction of the Highway 680 and Paseo Padre Parkway extensions. On June 13, 1982, Phil and his brother Ben Galvan (d. 1987) laid the cornerstone for the widely acclaimed reconstruction of the 1809 Mission San Jose adobe Church. Phil dedicated himself to the preservation of his ancestral Ohlone culture, Phil felt particularly proud that he helped the Sisters respect and care for the land of his ancestors. Phil, Sarah, and their son, Andy, became Associates of the Sisters of the Holy Family many years ago, and continue to remain strongly dedicated to the Sisters through their Associate Covenants. Although Phil officially retired September 2011, he remained a familiar face around the Motherhouse, and was always available for special projects. The Sisters have expressed their thanks to Phil and his family, for his many years of service, dedication, and sense of humor! On Monday, April 1, 2013, Visitation will be held at the Old Mission San Jose Church from 1:00pm to 5:00pm and a Vigil Service at 7:00pm, 43300 Mission Boulevard, Fremont, California. A Mass of Christian Burial will be celebrated at 10:00am on Tuesday, April 2, 2013, at the Motherhouse Chapel of the Sisters of the Holy Family, 159 Washington Boulevard, Fremont, California. Private Interment. In lieu of flowers, memorial contributions may be made to The Sisters of The Holy Family, 159 Washington Boulevard, Fremont, CA 94539 or The Old Mission Dolores 'Indian Memorial Project' 3341 16th St., San Francisco, CA 94114