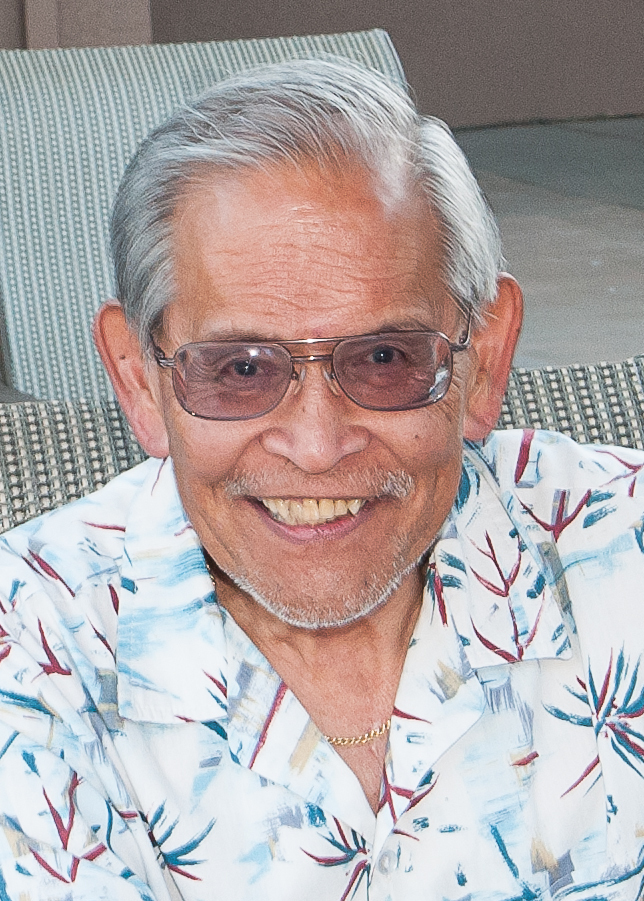 On the evening of September 14, 2015, Greg suffered a sudden cardiac arrest and passed away at Kaiser Hospital in Fremont, California surrounded by his children and grandchildren. Greg was 77 years old. Gabriel Gregory 'Greg' Pons was born in Palo Alto, California on November 23, 1937, the first son of Lorenza Arellano and Pedro Alcantara Pons. Greg was a native of San Francisco who lived in the Tri-Cities area for 25 years. Greg was married to Myrna Ocampo (his first wife and mother of his children Michael and Victoria). After the passing of his first wife, he married Maria Lourdes Manzano (mother of his step daughters Abby, Lulu, Ella and Anna). In his earlier years, Greg was an avid fisherman, great mechanic, and car enthusiast. Greg was a member of the Hi Domes, Studebaker, Falcon, and T-bird car clubs. He enjoyed dancing and danced with the Bayanihan Philippine Dance Company. Greg served in the United States Air National Guard. His working career spanned the areas of Procurement, Material Management and Administration with United Airlines and a number of high profile Silicon Valley companies such as Coherent and Silicon Graphics. Later in life, Greg found and fell in love with the Lord. He served as a local church elder as the Chair of the Personnel Committee. Greg was on the Bridges to Jobs Advisory Board in Fremont where he established and managed their Job Search and Development arm. He worshiped God every Sunday at Bridges Community Church in Fremont and served faithfully as a church usher. Greg was loved by all. He touched many lives with his gentle, kind and loving spirit. Greg was very cheerful and friendly to those he knew and to those he didn't know. He loved spending time with his children and grandchildren. He enjoyed chaperoning his grandchildren's field trips, watching their plays and talent shows, and cheering them on at their sports games. Greg will be remembered for being a loving husband, father, grandfather, brother, brother-in-law, uncle, and nephew. He will remain in our hearts forever! Greg is survived by son, Michael Pons; daughter, Victoria McLoy; step daughters, Angela Del Rosario and Lulu Buendia Johnson; brother, Alfredo Pons; and many grandchildren and great grandchildren. Greg is preceded by first wife, Myrna Ocampo Pons; second wife, Maria Lourdes Manzano Pons; step daughters, Abby Del Rosario and Anna Del Rosario; parents, Lorenza and Pedro Pons A memorial service celebrating the life of Greg Pons will be held on: Sunday, September 27th at 2:30pm Bridges Community Church 505 Driscoll Road, Fremont, Ca. Reception to follow Service at the same location.