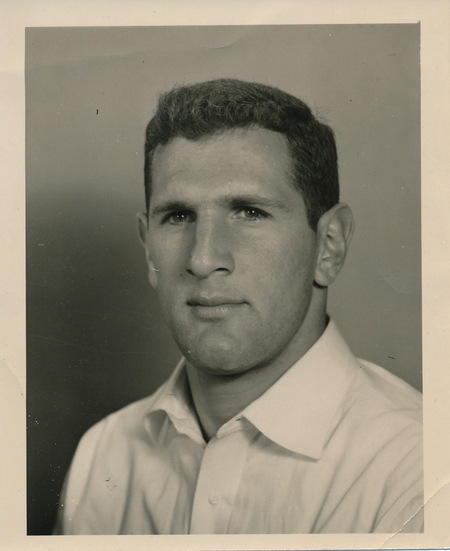 George Lincoln Najarian, born in Oakland, California February 7, 1932 passed away peacefully in his sleep on February 2, 2012. During his high school years at Oakland High George was passionate about sports particularly football, track and basketball. He was named All City in football and basketball for two years and track one year. After high school George was selected and toured Canada as a basketball All Star. During his college career George started playing football at Santa Rosa Junior College where he was inducted into their Hall of Fame in 2003 . George spent three years at the University of California Berkeley where he was a starting defensive lineman playing for famed coach, Pappy Waldorf. George received several awards for outstanding athletic ability and was selected 2nd team all UC modern day team (last 25 years) After graduation from Cal, George received his commission as a Naval officer and his orders were to be stationed in Japan. In Japan, George immediately was assigned to be the football coach for Yokosuka Sea Hawks. George coached the team for three years. Upon returning to California George earned his teaching credential. He taught and coached foot- ball at Hughson High School near Modesto, where they had their first winning season in ten years In 1960, George returned to Japan as Athletic Director of Atsugi Naval Air Base. It was here that George found his dream job in which he conducted, coached and played all day long! And to boot ... he was to oversee the Navy golf course where he honed his game to become almost a scratch golfer.He was commissioner of the Arm Forces Football League 1961-1972 and selected Navy All Star Coach for 7 years. He was Golf Champ from 63-'69. After sixteen years living in Japan, George and his family spent two years in Honolulu, Hawaii. He was Director of Player Personnel & Assistant General Manager for the Hawaiian's of the World Football League. Returning back to the Bay Area the family re-settled in Round HillCountry Club in Alamo, Ca. where he spent many years enjoying golf with friends. George is survived by his loving wife of fifty-eight years, Pat; three children: Linda Najarian of Mill Valley, Tracey Hirt (Rob) of Alamo; David Najarian (Kristie) of Los Angeles; and five precious grandchildren: Jacque, Alexandra and Niki Hirt & Andrew and Jake Najarian. Brother, Dr. John Najarian (Mignette) of Minneapolis; Brother-in-law, Peter McRae (Molly) of Seattle, Washington. The celebration of his life will be held at Round Hill Country Club on Sunday February 12th at 3:00 PM for friends and family.