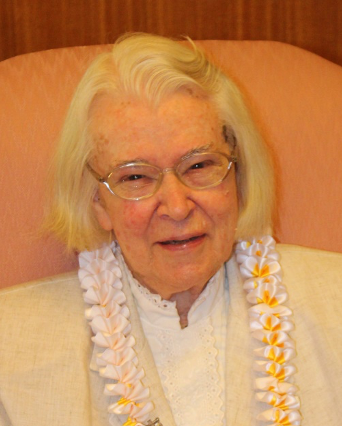 Sister Georgette spent her early years with the Sisters in day homes and parishes teaching catechism in the San Francisco and Oakland Dioceses. In 1970 she went to Hawaii – which she called “Paradise” – where she remained until 1994. She lived at various times in Mt. View, Holualoa, Honokaa and Kailua-Kona, and went out to parishes and missions from home. In 1994 she returned to the mainland, living at Holy Family Center in Pleasant Hill and providing hospitality ministry there. From Pleasant Hill Sister Georgette returned to the Motherhouse in Fremont in 2007.

Sr. Georgette loved working with children, which she did most of her active life, both in California and Hawaii. In her Pleasant Hill years, she was a gracious and welcoming hostess for retreatants and others who came to the Center, and is remembered for her smile as she received guests. She enjoyed spending time in the garden, and often incorporated veggies from the garden in the meals she prepared for the residents and guests.

Sister Georgette’s funeral Mass will be held at 2:00 p.m. on Thursday, October 13 at the Sisters‘ Oratory in Fremont. Burial will be at Holy Cross Cemetery in Colma at a later date.