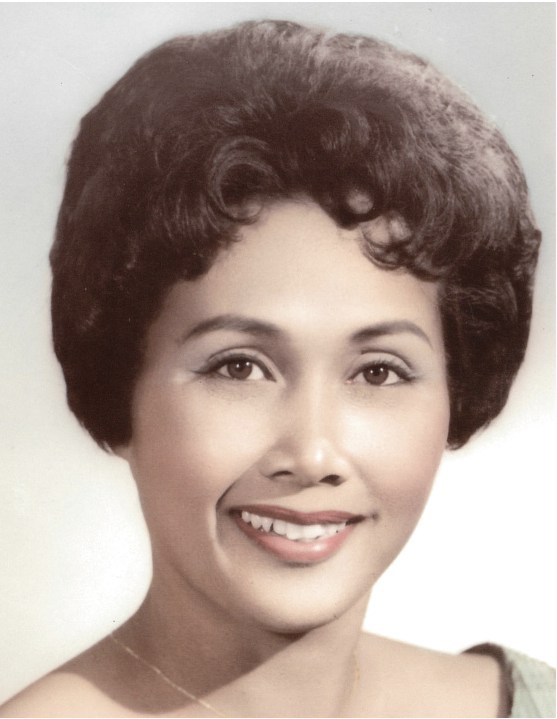 Herminia I. Dixon Mar. 11, 1927 - Apr. 25, 2014 Herminia I. Dixon, 'Gerry', passed on peacefully while at rest, from natural causes at her residence in Union City, California on Friday, April 25, 2014. Gerry was 87. She had been under the care of her three children, Sandy Schiffbauer, Julie Dixon and Douglas Dixon. Gerry was born on March 11, 1927 in Kekaha, Kauai, Hawaii. She was raised on the plantation by her father, Gelacio Inez who worked as a field hand, after the death of her mother, Remedios DelaCruz. Gerry's siblings, Mary, Mike and John were raised by family relatives. A first marriage to Feliciano C. Lagronio at a very young age produced five children: Edward, Geraldine, Danny, Leona and Sandy all on the island of Oahu. When their marriage ended, Gerry engaged in the commitment to raising her children and future children: Cynthia, Julie, Douglas, Tracy and Petula by her second marriage to Douglas O. Dixon. With only a limited education, yet a greater love of family, she began a career of waitressing in some of the finer and well established restaurants and coffee shops in Honolulu and Waikiki. Tips from landmark locations such as Kopper Kitchen, Tops in Waikiki and Tahitian Lanai kept the lunch money jar filled for her children. Friends, relatives and family members were always welcomed by her congenial personality whenever she was on shift. A forward thinker, she had her first set of children attending Christian Science Sunday services in Kailua, Oahu during the early 1950's and continued her spiritual growth with Religious Science principles she practiced to live a life filled with love and compassion. Her many pet poodles attested to that energy. A resident of the Fremont area since 1969, Gerry had endured the loss of the following family members: Husband, Douglas O. Dixon (1994); Son, Edward F. Lagronio (1998); Daughters, Geraldine A. Thompson (2010) and Leona M. Lagronio (1998); and Son, Floyd Dixon (1961). She is survived by her children, Danny S. Lagronio and wife, Eunice; Sandy J. Schiffbauer and husband, Ken; Cynthia Rios and husband, Richard; Julie Dixon, Douglas Dixon, Jr., Tracy Dixon, Petula Dixon and 17 grandchildren and 28 great grandchildren! Private family services to celebrate her life were held Thursday, May 1, 2014 at Irvington Memorial Cemetery.