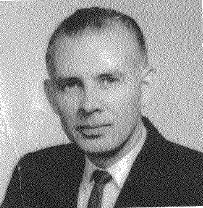 Imre was born in Hungary and lived there until 1956 when he left the country following the unsuccessful Hungarian Uprising. He came to this country as a refugee and settled in Cleveland, Ohio. Although he spoke no English at the time, he was skilled as an electrician and he quickly found a job at General Motors. Imre quickly learned English and integrated into American life. Always enjoying traveling, he eventually discovered California and decided to move there in the late 1960s. He worked at the Ford Motor Assembly Plant in Milpitas as a maintenance electrician until the plant closed in 1984. He met Joyce through a mutual friend in Chicago. In 1970, they were married. He also gained a stepdaughter, Janice. Throughout his life, he kept traveling. They explored California and the western US and Europe. He also loved to drive. When Joyce was diagnosed with bone cancer, he was at her side supporting her with love and caring. She passed away in 1987. Several months later, he met Wilma Bickard who had also lost her spouse to cancer. They became constant companions, celebrating all of life's special occasions with both families for more than 25 years. They both moved to Cloverdale where they enjoyed small town living for ten years. After Wilma passed away in 2013, Imre moved back to Fremont to be close to his stepdaughter, Janice, and her family, joining them for dinner and Jeopardy most evenings and would often engage in political discussions. He enjoyed puzzles as well, particularly chess and sudoku. He collected records, radios and stereo equipment. Astronomy was also one of his interests. Imre is survived by his step-daughter, Janice Milnes, her husband, Ken, son Christopher and grandsons Konor and Ashton. He will also be very much missed by Wilma's children Bill Bickard , Tom Bickard , Terry&Clark Payan and their son's Cole & Jack Payan, and Kathleen Nahlin & her children Brenna & Joe Marketello, and many others in Wilma's family. He leaves behind several nieces and nephews in Hungary. A funeral mass will be held at Corpus Christi Catholic Church on November 20, 2015, at 10:30 am. Burial will be private.