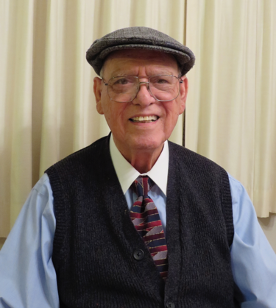 Innocencio (Ernest or Ernie or ‘Papa Ern’) Garza Garcia, Jr, age 97, passed peacefully into rest on November 25, 2021 at his home in Fremont, California. His wife Delia was at his side.

Ernest and Delia were married for 71 years.

Ernest is also survived by his three children and their spouses: Elizabeth and Robert Smith; Mike and Mary Sue Garcia; Teresa and Larry Sweeney. Ernest’s grandchildren and great-grandchildren include: Nicole and Matt Araujo and Kaitlyn, Tanner, and Tyler; Ken Smith; Kacey Moore and Elise and Maddie; Jessie and John Charles Wick and Ryan and Zoe; Alicia and Kevin Floyd and Harrison; Christina and Jason Brusaca and Lorenzo, Maria and Ana; Lawrence III and Nicole Sweeney and Isabella and Lawrence IV; and Jonathan Sweeney and Amelia Masudi.

Ernest was born on March 20, 1924 in Corpus Christi, Texas, the oldest of four children (Robert, Alexis, and Consuelo). He grew up in a house built by his father and enjoyed fishing and playing sports, especially football and baseball.

Upon his high school graduation, at the height of World War Two, Ernest was drafted into the United States Army Air Corps (predecessor to the United Stated Air Force). With his 12-man crew, he trained as an Aerial Gunner/Engineer for a B-24 Bomber, before being assigned to the 449th Bomb Group, based in Grottaglie, Italy. The crew (‘Our Baby Two’) completed 47 dangerous missions, and Ernest received multiple awards, including the Bronze Star for Valor for Aerial Combat, the Air Medal with Two Oak Leaf clusters, as well as a Certificate of Valor for Thirty Missions over Enemy Territory recognizing his courage and efficiency.

Upon his discharge, Ernest returned to Corpus Christi, rekindled his friendship with Delia and they were married in 1950. Ernest worked as an airplane mechanic at the Corpus Christi Naval Air Station as they started their family. Their three children were born in Corpus Christi.

Ernest had the opportunity to transfer to Alameda Naval Air Station, so Delia packed the family and they drove to California and bought their first home in Fremont in 1959. They moved to their current home in Fremont in 1962. Ernest steadily advanced in his career and retired as a Senior Planner/Estimator in 1980 after 35 years of civil service.

Upon his retirement, Ernest and Delia remained very active with their children and grandchildren. Ernest loved to work on cars and was especially proud of his custom furniture and woodworking projects, which he regularly gifted to his family. Ernest would also love to work on repair projects, which were brought to him on a very regular basis.

Ernest was an original Oakland Raiders season ticket holder and avid Oakland A’s fan. Ernest attended all Raider home games for many years and always loved to go to the Coliseum to support his A’s. If he was not at the game, he would be watching the Raiders and A’s on TV or listening to them on the radio.

One of Ernest’s favorite pastimes was playing (and usually winning!) dominoes with his children and grandchildren.

More than anything, Ernest loved to spend time with his family, including dinners, barbecues, day trips, and family vacations to Texas, Las Vegas, Canada, Lake Tahoe, and Hawaii. 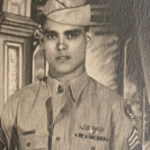 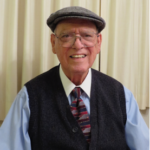