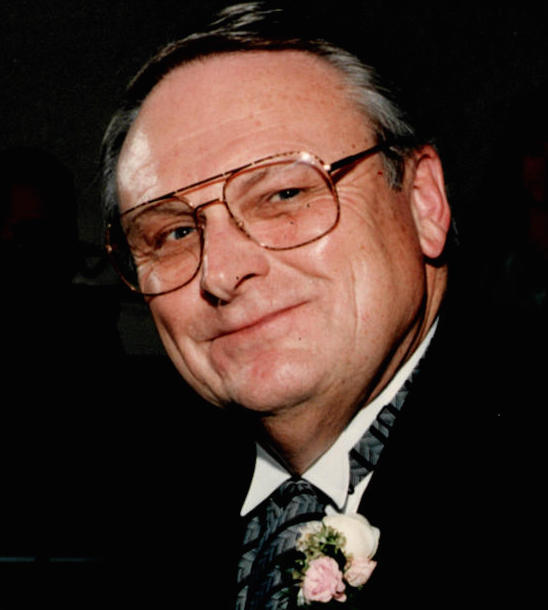 Jim passed away peacefully on Sept. 13th after a 16 month battle with cancer. He was born in San Francisco, CA, son of Frank V. and K. Lucille Ferenz. He graduated from St. Ignatius High School and the University of San Francisco. Upon graduation in 1956, he was commissioned Second Lieutenant in the U.S. Army. Jim proudly served 2 years active duty and 24 yrs. In the Army Reserve and CA National Guard, retiring as a full Colonel. After returning from active duty he moved to the Fremont area where he raised his family. Beloved husband of his high school sweetheart, Dolores Maring Ferenz. Loving father of James F. Ferenz, Jr. (Trish), Kathleen Cande (Dennis), and Maureen Christensen. Proud grandfather of Jennifer Cande, Lauren Christensen, and Ashley Christensen. Uncle of Ronald and Rhonda Ferenz, caring cousin of Walter Ferenz (Pat). He was predeceased by his parents, younger brother Ronald T. Ferenz and niece Victoria Ferenz. Jim was employed in the electronics industry in Silicon Valley and Maryland for 43 years. After retiring as Sr. V.P. of Operations for Hughes Network Systems with factories in Maryland, San Diego and Tijuana, he continued his career with his consulting business for 3 additional years. He was a 49 year member of Eden Parlor No. 113, Native Sons of the Golden West, and Past Big Sir of Branch 59, Fremont, and former District Governor of the Sons in Retirement 'SIRS'. He was an avid amateur radio enthusiast KC6PYM. In retirement he found time to take sailing lessons and enjoyed many hours on the bay with his son and fellow sailors. He loved special time with his granddaughters watching old western TV shows and spinning his version of the story 'Jack and the bean Stalk' where he added new chapters at each telling. He particularly looked forward to weekends at their cabin in Monte Rio on the Russian River when he and Dolores were not off cruising or traveling in Europe, Mexico or the Far East. In his professional life he welcomed challenges and the ability to mentor young people. He will be dearly missed by his family, the many people he worked with over the years, old friends, and new friends made in retirement. A vigil service will be held at Berge-Pappas-Smith Chapel of the Angels, 40842 Fremont Blvd. on Weds., Sept. 16th at 7p.m. A mass celebrating his life will be held on Thurs., Sept. 17th at 10:30a.m. at St. Joseph Catholic Church, 43148 Mission Blvd., Fremont. Interment will be at Holy Sepulchre Cemetery, Hayward. In Lieu of flowers remembrances can be made in Jim's name to St. Ignatius High School Class of 52 General Scholarship Program, C/O St. Ignatius High School, 2001 37th Ave., San Francisco, CA 94116 or the charity of your choice.