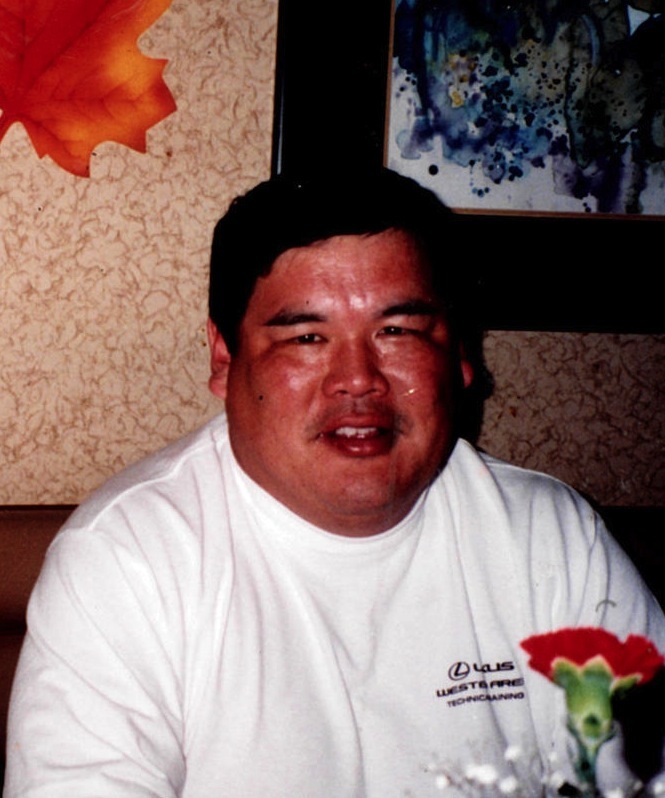 This letter is in the memory of my brother, Jeff, so that together we may acknowledge and share both our joy in the gift that his life was to us, and the pain that his passing brings. In sharing the joy and the pain together, may we lessen the pain and remember more clearly the joy. Jeff was just 56 years old when he passed away at his home. He was born on September 14, 1958 in Redwood City to Morio and Kazuko (Kay) Higashi. We moved to Fremont in the late 1960's, where my parents would grow commercial flowers and where we lived as children. Jeff spent all his life in Fremont and worked as an Auto Mechanic for over 38 years. Jeff was very close to his family and took care of our mother for ten years after our father passed away. To his friends, he would never say 'No' and always remembered a child's birthday. Growing up with Jeff as an older brother and my only sibling wasn't always easy for me or maybe for him. I would do stupid little brother things constantly, but let anyone else even look at me funny, and Jeff would be on my side, whatever may come. Jeff was good to his friends and employers, and they were good to Jeff - their care and support during his passing, is very much appreciated. As an automotive master mechanic, Jeff started work when he was in High School and was a hard worker. These are the dealerships I remember: Perotti's Fremont, Los Gatos Volvo, and Sunnyvale Nissan. He owned his own shop for a few years and then he went to work Stevens Creek Lexus for past 23 years. Jeff was a car guy; he could do everything and he did it well. When he wasn't working, he loved to go to swap meets, sell and collect old toys from childhood, hot wheels, tonkas, match box cars, schwinn bikes and classic cars (he was a Ford Guy). There are a lot of stories about from his long time friends Brian Goodwin and Tom Kirkbride, but I'm afraid that those stories will have to be told by them. There were other things besides swap meets and car stuff, many of you will recall Jeff's landscaping/gardening talent. He enjoyed working in his yard and enjoyed sharing his talent with many of his friends and family. Jeff was a man who didn't have a mean bone in his body, a warm friendly man who made his mark in the world not with grand gestures or fancy titles, but by the basic goodness and generosity of his character, by the quality of his involvement with his fellow man, and how he brought out these qualities in others. Jeff had planned to retire up in the Sierras, and though that didn't end up working out. A promise to Jeff, that I will put together 'Mustang Sally' his 1965 Mustang GT Convertible, the way he would have and go for a ride. There were many wonderful aspects to Jeff's life, and many ways that he touched our lives. He will be remembered as a wonderful brother, great guy, a good friend, a generous uncle, cousin, co-worker, collector, and landscaper, a friendly face in town, or in the shop. In all these ways and more, he made our lives richer and fuller. Now that he has passed away, of course there is emptiness and pain, confusion and maybe even anger at death coming to a man of only 56 years, but in many ways, the gift of Jeff's life is still here with us. He lives on in our memories and stories, and in what all of us have become because of him. So I encourage you to share –today, tomorrow and in the years to come- your memories and stories, and to share the pain of your loss as well. In this way we will keep the gift of Jeff's life alive. A few lines from 'How Do I Say Goodbye To A Brother Like You': 'How do I say goodbye to a brother That I love as much as you? I still cannot believe you're gone I'm still hoping it isn't true Wishing this heartache was just a dream From which I'd wake up and find You still here, in life, with us Or if not...somehow time we could rewind For I don't know how to do it How to say goodbye to a brother like you There's almost no one who's shared as much of my life Who knows me as well as you I often think upon the memories we shared When we were very young You teased me, played with me and laughed with me When our lives had just begun When we shared simple thoughts and simple dreams And were lost in childhood's plans Dreaming up our next adventures In the vivid ways only children can And as we grew up there were more special moments... '