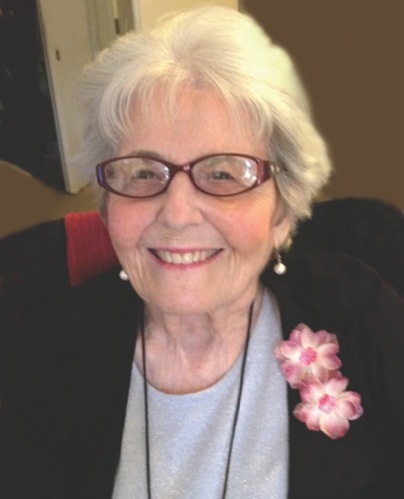 Joan Rosenthal Block died on October 8, 2014, of natural causes. She was 84 years young. The only child born to Rosalie and Nathan 'Jimmie' Rosenthal in Dallas, Texas, Joan or 'Josie' as she was known in Highland Park, excelled in academics, thoughtfulness, and charm. After her graduation from Highland Park High School in 1947, she traveled west to study at Mills College in Oakland, CA. Shortly thereafter, she met the love of her life, Hugh Allen Block, who was attending dental school in San Francisco. They were married in 1949. After spending the first years of their marriage on a hot and windy missile base at the White Sands Proving Ground in New Mexico, Joan agreed to move to Centerville, CA (now Fremont) in 1955, in order for Hugh to open his dental practice. For the next 25 years in Fremont, Joan devoted her life to raising their four children, attending all of their activities, and volunteering her time to Candle Lighters, Beta Sigma Phi, and Temple Beth Torah Sisterhood. During those years, she enjoyed jogging, reading, yoga, correspondence, and cooking. She became a real estate agent, as well. In 1979, Joan and Hugh moved to Sacramento where Joan worked in the retirement division of C.S.E.A. She returned to Fremont in 2010, renewing old acquaintances and making many new friends at Emeritus Retirement Living. Joan will be remembered for her optimism, pluck, and generosity. She leaves behind her four adult children: Cherylann Block Sabraw, Steven Alex Block, Cynthia Block Usedom, and Dr. James Franklin Block and their loving spouses, in addition to ten devoted grandchildren and four great-grandchildren. She also leaves dear relatives in Scottsdale, Arizona and Dallas, Texas. To celebrate her life, a 1:00 P.M. memorial service will be held on March 8, 2015 at Temple Beth Torah, 4200 Paseo Padre Pkwy., Fremont, CA 94538. In lieu of flowers, donations can be made to the Boy Scouts of America, the American Heart Association, or St. Jude's Children's Hospital.