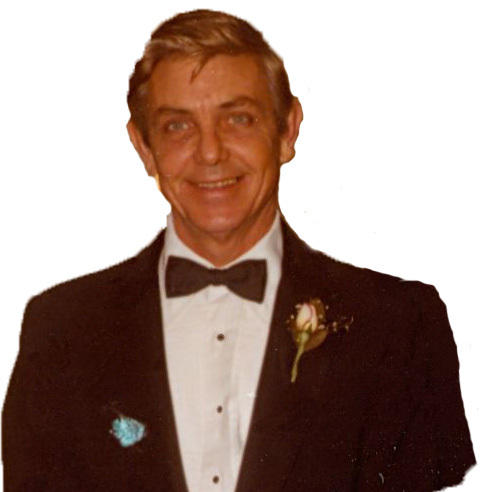 John Forest 'Bubba' Baker, Sr., veteran of both World War II and the Korean War and retired salesman died May 13, 2014 in Fremont, California. John was born and lived much of his life in New Orleans, LA. He enlisted in the U.S. Navy at age 16, serving in the Pacific. His father James Keith Baker, died one year later, 1944, while serving in WWII, and is buried in France. After the war, John graduated from Alcee Fortier High School and attended Tulane University where he was a member of Delta Sigma Phi fraternity before returning to military service in the U.S. Army. His duty included service as a platoon leader in the Korean conflict, and he completed Ranger Infantry School. Upon retiring as first lieutenant from the army, he began a successful career as a salesman with Xerox in Lexington, KY, earning in the top 10% nationally for sales for seven straight years. He then left Xerox, working with other business supplies companies. While raising his family with his wife Irene, he coached his son's baseball team to many victories. John always took his team out to eat after the game, teaching the children that every game was a 'win', no matter the score, if you gave your best and played with dignity. After retiring, John moved to Fremont, California. He is survived by his sons, John F. Baker, Jr., James K. Baker, his brother Juan Baker, sister-in-law Barbara Baker, grandchildren Michael Baker, David Baker, Elizabeth Walton, and great-grandchild Claire Walton. John enjoyed gardening, traveling and wildlife, and was a member of the American Legion. A 10:00 a.m. visitation will be held on Friday, May 23rd at Burge-Pappas-Smith Mortuary, 40842 Fremont Blvd., Fremont, CA with an 11:00 a.m service. Military interment at Sacramento Valley National Cemetery in Dixon, CA.