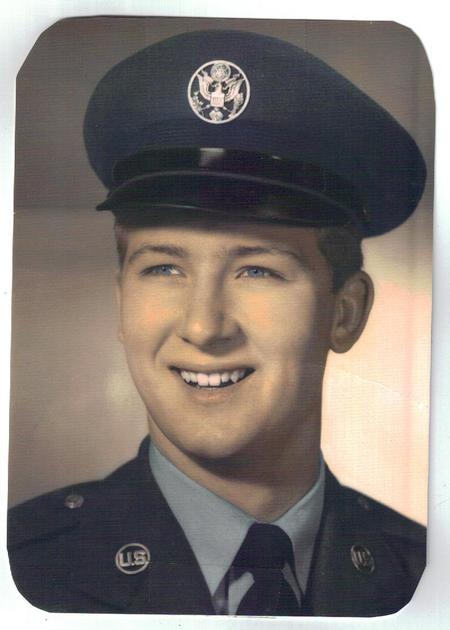 John Dale Hinton passed away peacefully on Friday November 1, 2013. Born in Salinas, California, October 5, 1933 to John and Elsie Hinton, John eventually settled in Hayward, CA where he graduated from Hayward High School in 1952. He enjoyed basketball and played on the Varsity team at Hayward High. John served in the US Air Force 1952 to 1956. He spent approximately three of those years serving in Germany and often spoke proudly of his time spent serving our great country. Upon his return to Hayward, CA, he met Janet Plemmons, a native of Hayward. It was love at first sight with a wedding proposal on their second date. They were married in June of 1958 at the Historic Carmel Mission in Carmel, CA. John and Janet lived in Fremont until 2010 when Janet passed away. He spent the last three years of his life living in Elk Grove where he was cared for by a wonderful staff at Emeritus Senior Living. John devoted 35 years to MetLife as one of their most successful Life insurance agents. He had a passion for helping families and providing outstanding service to his customers. At the same time, he was a devoted husband and proud father. John is survived by his children Diane Hinton, Matthew Hinton, Brian Hinton (Christina), and 7 grandchildren; Ross and Leigh-Anna Nielsen; Matthew Jr., Samantha, Tyler and Megan Hinton, and Kaitlin Hinton. John is also survived by his Brother Ronnie Hinton (Crystl) of Scotts Valley and two nieces Pam Martines and Stephanie Espinosa. A graveside service will be held at 2:00 on Thursday, November 7, 2013 at Holy Sepulchre Cemetary ; 1051 Harder Rd, Hayward, CA 94542. In lieu of flowers, please make a donation to the Alzheimer's Organization at www.alz.org or 1.800.272.3900.