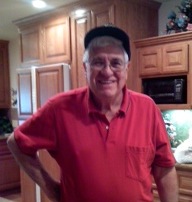 Jack A. Garden, a Fremont resident since 1961, passed away peacefully at his home on April 15, 2013 at the age of 84. Beloved husband for 54 years of Lori Garden, devoted father of John A. Garden, III of Pleasanton, CA and Glen A. Garden of Fremont, CA. Loving brother of Catherine Barrett of Homosassa, MA. Cherished grandfather of 3. Jack enjoyed football, baseball and motorcycling. Former facilities manager at Lockheed Missiles & Space, he was the founder, owner and operator of Builders Drapery Service, Inc. in Milpitas, CA. Jack was a member of the Washington Township Mens Club.