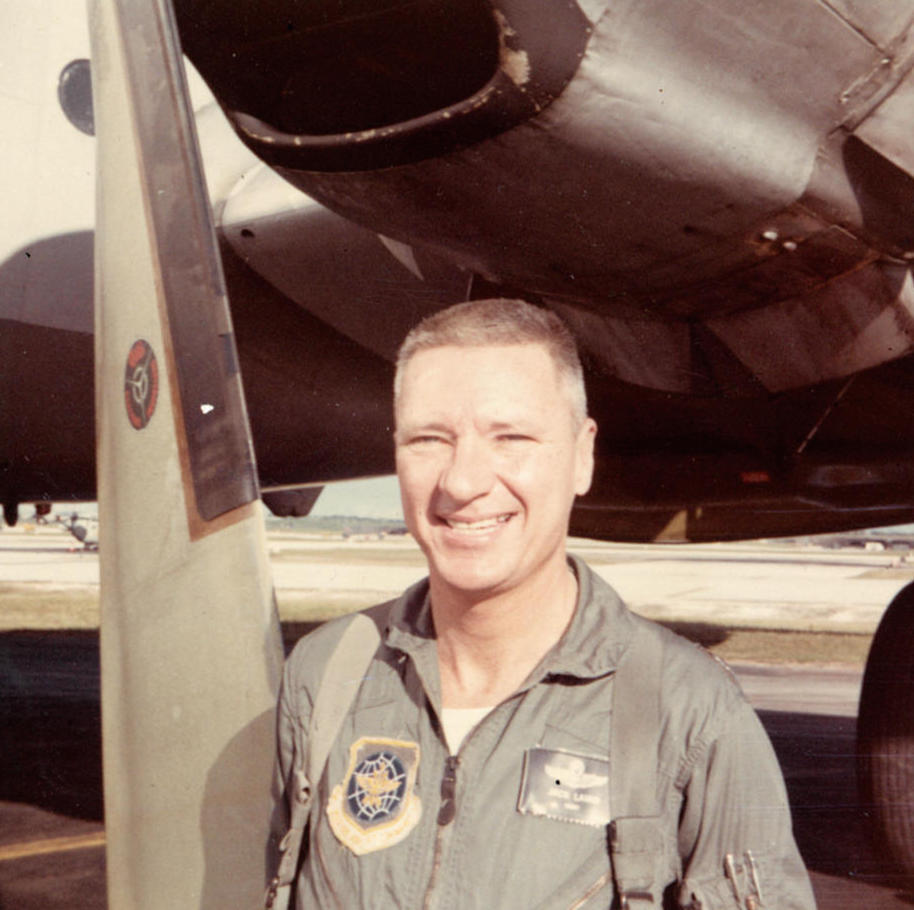 Jack Laird grew up in Portland, Oregon before leaving to attend Stanford University. A 1940 graduate, Jack was noted for his three B's – basketball, beer, and a B+ average. After a short stint working for an insurance company, he enlisted in the Army Air Corps before Pearl Harbor. Upon receiving his commission, he was assigned to the Air Transport Command. Based in Long Beach, CA, he made many Trans-Pacific trips, delivering airplanes to combat units. Later in the war, he was based on Guadalcanal, flying on an Air Corps airline serving the Pacific Islands. Following that duty, he was transferred to Nandi, Fiji, where he was the base commander until the war ended. Back as a civilian, Jack joined Pan American Airways. He took two years off to fly for American Airlines, who had a contract with the Air Force to fly from Travis Air Force Base to Japan during the Korean War. He flew commercially in 1958 when Pan Am became the first US airline to fly the Boeing 707 jets. He flew out of New York to London and Paris. Two years later Pan Am closed most of its facilities at SFO. Jack accepted a position in the Development Department at Stanford University. From there he was recruited by Athletic Director Chuck Taylor to become the first full-time fundraiser for the Athletic Department. He was the administrator of the original Buck Club, now called the Buck/Cardinal Club, which raised money for athletic scholarships and he was the creator of the Starting 11, which raised significant funds for the football program. During all these years, he still flew in an Air Force reserve unit based at Hamilton Air Force Base. He got a call one night in 1968 to 'report at eight o'clock tomorrow morning' for active duty in the Viet Nam War. His squadron flew transports out of Travis Air Force Base to various bases in Viet Nam. After 18 months, the squadron was returned to inactive duty. A few years later Jack retired from the Air Force as a Lt. Colonel. Jack resumed his job in the Athletic Department until he retired in 1987. He kept on working practically every day after he retired (for free, as he called it) raising money for Stanford Football. Jack was an avid Stanford fan. He had a sporty little red car with his famous 'Zap SC' license plates. He traveled with the team to many games and always dressed in red Stanford attire. Throughout all these years, Jack always had a dog. He was passionate about all animals. When on safari in Africa, he climbed Mt. Kilimanjaro. He had also climbed Mt. Fuji, Mt. St. Helen, the Grand Tetons, Mt. Hood and up to Base Camp on Mt. Everest. Jack is survived by his daughter Kathy, her husband Fred Benn, his grandson Alex , his wife Alicia Benn and two great grandchildren, Brighampton and Ellington. A memorial service will be held Wednesday, Sept. 30 (5 p.m.) at Jimmy V's Cafe in the Arrillaga Family Sports Center (641 E. Campus Dr., Stanford, CA), under the title of 'Jack's Last Tailgate.' The service will begin at 5:30 p.m., with dinner at 6:15 p.m. Jack's family suggests that those attending wear cardinal red. Those wishing to honor Jack may make a gift in his memory to the Buck/Cardinal Club, Stanford Athletics' annual fund: 641 E. Campus Drive, Stanford, CA 94305-6150.