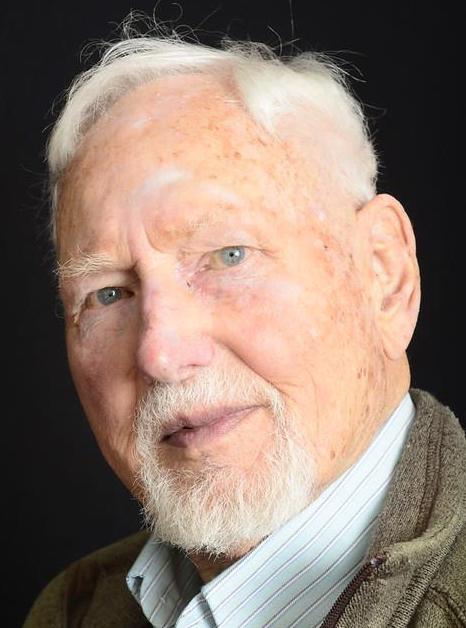 John Seldon Ogle died 3 September 2017 at home from complications arising from Alzheimer's disease. He was 88. Born and raised in logging camps in Klamath County, Oregon, John later joined the navy in 1948. After serving two tours in the Pacific, he worked in the aerospace industry at the Southern California Cooperative Wind Tunnel and then Lockheed. He later got his Master's degree in Electrical Engineering at San Jose State University. He married Mareile Angela Ogle and moved to Milpitas in 1970. Soon after he started work in the computer industry. A lifetime member of MENSA, John was awarded several patents for his designs for modems, semiconductor manufacturing processes, and medical equipment. He co-founded the Milpitas-based companies Xecom and Seldon Custom Plasmas. For most of the last forty years, three times each week John would hike up Mission Peak in Fremont, where he would greet everyone with a wave and a smile. Mr. Ogle is survived by his brother Harold Hampton, his sister Margaret Thornberry, his son Harold Franz, daughter-in-law Darcy, and grandchildren Blake and Lucia. A memorial service will be held at 2 PM on 23 September 2017 at the Milpitas Senior Center, located at 40 N. Milpitas Blvd in Milpitas, California.