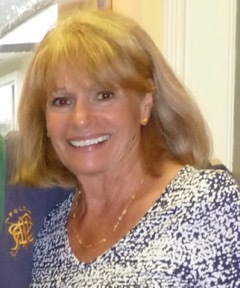 Juliet Christine (Garcia) Simpson passed away unexpectedly, at the age of 84, in Fremont, CA from complications of COPD. Julieta Christine (de Medeiros) Garcia, was born April 22, 1932, in Varzia, Sao Miguel, Azores Islands to Manuel de Mederios Garcia of Ginetes, Sao Miguel, Azores Islands and Maria Garcia of New Bedford, MA. She lived in Varzia until the age of 5, when she immigrated to California with her father and brother, Laurindo 'Larry', in June 1937. Her mother returned to the United States a year earlier to make arrangements for the family to settle in Gustine, CA. Juliet lived in Newman and Gustine, CA and New Bedford, MA as a child. She graduated from Orestemba High School in Newman, CA in 1950. Juliet married the late Norman Herbert Richards in 1952 in Gustine, CA and they raised four children together until 1978. She was married to the late Donald W. Simpson from 1979 to 1994 and lived in Soquel, CA and Kailua-Kona, HI. In 2007, Juliet met and fell in love with her future life companion, Harry Avila of Fremont, CA. They shared a beautiful home in the Niles area of Fremont until her death. Juliet was an athlete in high school, a telephone operator in Newman, a secretary at several firms, a model for clothing stores, a Real Estate agent and owner of a property management firm in Hawaii, a bookkeeper and tax preparer, an expert seamstress, an oil and watercolor artist, a USTA rated tennis player, and a frustrated golfer. She appreciated art and dance, especially when her granddaughters performed. Juliet also enjoyed travel, having lived in upstate New York, northern and southern California, Hawaii, and visited Mexico, Europe, South America, and several visits to the Azores Islands of Portugal. Most of all, Juliet was a spectacular mother and grandmother. Juliet is survived by her companion Harry Avila of Fremont, CA; daughter June (Scott) Salsbury of Los Gatos, CA; son Michael Richards of Big Sur, CA; son Patrick (Lynn) Richards of Aptos, CA; son Steven (Melanie) Richards of Paso Robles, CA; brother, Manuel (Patricia) Garcia of Prunedale, CA; five grandchildren: Katie Salsbury, Devon Richards, Harrison Richards, Lilly Richards, and Mia Richards; and by many nieces, nephews, other family members and friends. She is preceded in death by her parents and brother, Larry Garson. Juliet was a loving matriarch to her family and a devoted friend to many. Her absence will be greatly missed. A Celebration of Life service will be held on Saturday, January 14, 2017 at 2:00 pm at Berge Pappas Smith Chapel of the Angels, 40842 Fremont Blvd., Fremont, CA.. In lieu of flowers, donations can be made to: New Camaldoli Hermitage, 62475 Highway 1, Big Sur, CA 93920.