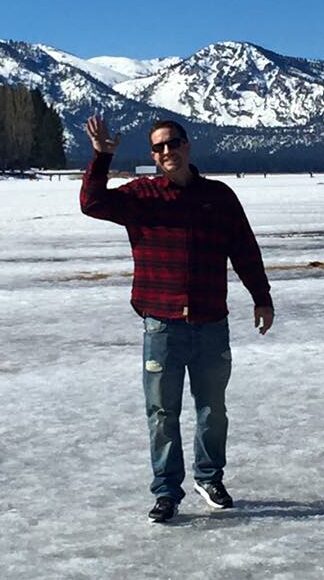 Justin Mitchell Nelson, 43 was sent to heaven on the morning of December 11, 2022 in his sleep at home. He was born June 23, 1979 in Alameda County to his parents Roxanne and Dennis Nelson. He was the baby of 6 children.

Justin was an amazing husband, father, son, brother, uncle, nephew and friend. He took pride in all those titles. In 2007, Justin met Teri at 24 Hour Fitness and they were married in 2015. He leaves behind his daughter Everleigh (5) and unborn child coming this summer he was so excited about. Justin is survived by his loving wife Teri, his mother Roxanne, 3 brothers: Brent, Reid and Josh and his 2 sisters Shannon and Sommer along with all his nieces, nephews, aunts, uncles and cousins he loved so dearly.

Justin was an introvert and kept his circle small, but his heart was huge. He was always willing to help out his friends and family when needed no questions asked. You could always find him on the ground with the kids being silly and playing whatever imaginary game was going on. Justin had a lot of pride in his work he did over the years in carpentry with his brother Reid, and once again when he shifted into the collision industry with his brother in Law George. He loved his motorcycles, especially his Harley enjoying the windy roads of La Honda, or whatever back roads he could find with his brother and brother-in-law during their adventures. The roads and the beach were his calm place when he needed to ground himself from the world. Everleigh and Teri were Justin’s world as he always said, and you often found them together, even just at home making memories. Extremely loyal and protective of those he loved, Justin was devoted to his family and stood up for his beliefs, morals, and values.

Justin’s memorial services will be held on Wednesday December 28, 2022 at 2pm at Berge Pappas Smith Chapel of the Angels in Fremont. He will later be laid to rest at Irvington Memorial Cemetery surrounded by his family.