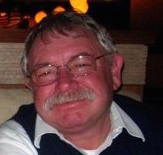 Ken Mark passed away unexpectedly on Thursday evening. His zest for life, tireless intellectual curiosity, and raucous sense of humor will be deeply missed. Ken, or Kenny as he was affectionately called by his family, was born on Long Island, New York, graduated from Los Gatos High School ('69), and the University of California at Riverside ('73) with a Bachelor of Science in Chemistry. A pioneer in the field of Forensic Toxicology, Ken founded, operated, and owned Bay Area Forensic Lab for over 25 years. Prior to hanging his own shingle, Ken was the Supervising Toxicologist for the San Mateo County Sheriff's Forensic Laboratory, a Reservist with the Union City Police Department, and a Supervisor at Heinz Laboratory. Kenny was an avid outdoorsman who deeply enjoyed motorcycle trips throughout the western United States and had a strong sense of adventure. From camping in the snow-capped high sierras to the dry heat of Death Valley: so long as he had an air pad and a sleep sack packed in his Goldwing saddle bag, Kenny was a force to be reckoned with. A former private pilot and sail-boat hobbyist, Kenny enjoyed staying active. Kenny is survived by his loving wife, Marilyn, and adoring children Rebecca Mark and Brian Mark. He is also survived by his father, Lawrence Mark, his sister Judy (Mark) Young, and his brother Robert Mark. Friends, family, and colleagues are invited to a celebration of life on Thursday, December 18, 2014 from 2-3 pm, at Berge-Pappas-Smith Chapel of the Angels. The family asks that for those sending their condolences that in lieu of flowers please contribute to the preservation of the Chapel of Yosemite Valley