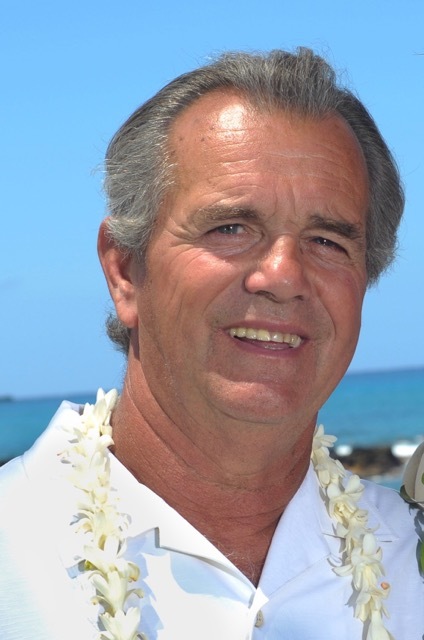 Born November 25th, 1946, died September 27th, 2016 at the age of 69 years. Len was born and raised in San Leandro, CA and was the first of two sons to Frank and Carmel Roche. Len graduated from San Leandro High in 1964. From a young age, Len grew a lifelong love for baseball as both a player and fan. He played on San Leandro Babe Ruth Baseball teams, the San Leandro High School's baseball team, and participated in the Police Olympics later in life. As a teenager, he could recount from memory the starting lineups for all major league teams and all the players' batting averages. Len enjoyed many hobbies including boating, waterskiing, jet skiing, and reading, but none greater than his affection for motorcycles. His first motorcycle was purchased proudly at the age of 18. At age 65, he was even more proud to own a Boss Hoss motorcycle powered by a 350cc V8 engine. He also spent many years enjoying off-road motorcycles; riding his favorite spots with friends and family at Hollister Hills, Carnegie, Pismo Dunes and once joyriding the Baja 500 course. Len had many chapters in his working career. He was a Naval Reservist, a machinist for Caterpillar Tractors and United Airlines, before an 11 year career with the Alameda County Sheriffs Department. His career with the Sheriffs Department began as a Superior Court bailiff before transferring to patrol, undercover intelligence, and finally Sergeant. After leaving the Sheriffs Department in 1979, Len found his passion in life, spending the next 37 years working as a landscape contractor, operating Len Roche and Sons Landscape and South Shore Landscape. To most who knew him, he is described as a hard working, loyal, trusting and giving man who would do anything to help anyone he knew. Len is survived by his mother Carmel, 3 sons and their spouses: Joe and Angela, Tim and Chantelle, and Caeton and Stephanie, his 3 grandchildren: Logan, Aiden and Stella, his brother Dan, and countless loving friends- whose lives he made richer and rewarding because of his actions. A celebration of his life will be held at Chapel of the Angels at 40842 Fremont Blvd, Fremont, CA 94538 with a gathering for friends and family immediately following at his son Tim's house: details will be provided at the service. In Lieu of flowers, donations can be made to the Len Roche Memorial Fund, to assist in the skilled care needed for Len's mother Carmel, suffering from Alzheimers disease.