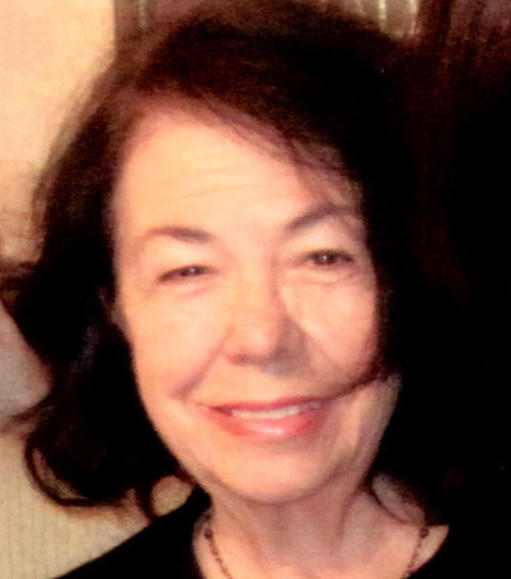 (PHOTO) Letticia Webb May 27, 1931 - June 4, 2018 Resident of Fremont Letticia (“Lettie”) Webb was born in Panama City, Panama. She was the second youngest of 11 surviving children born to Carmen (Vaccaro) and Gregorio Ordonez. Educated at St. Francis School in the former Canal Zone, she graduated top of her class with skills in English, writing and office administration. At the age of 19, she immigrated to the United States and embarked on a journey to become a Naturalized Citizen. All who knew her were aware of her fervent love and appreciation of her adopted country. En route from New York to California, she met the man who would be her husband, Hubert (“Bill”) Webb. They dated while Bill was stationed at Fort Ord Army Base, eventually marrying and making their home in Fremont, where they raised three children through the 60s, 70s and 80s. Lettie was an active member of St. Joseph Catholic Parish. Through the Ladies Guild, she met the women who would become her lifelong friends. Together, they supported the church community through countless volunteer efforts while watching their children grow in the shadow of the Old Mission. When Bill became sick with Parkinson’s Disease, she founded the Fremont Parkinson’s Support Group. She worked extensively with the Parkinson’s Institute in Sunnyvale, providing speakers and information to assist patients and their caregivers. Under her leadership, it grew to become the largest Parkinson’s support group in the East Bay. She was an avid sports fan, following her beloved Oakland A’s, Golden State Warriors and SF 49’ers through all their highs and lows. She also loved college basketball. In honor of Bill’s home state of North Carolina, she rooted for UNC and Duke. They did not disappoint. Time and again, she would confound the experts, choosing loyalty over stats and winning it all in the March Madness pool. Lettie loved planting flowers, reading poetry and preparing delicious from-scratch meals for her family. Holidays, even the minor ones, were celebrated with the utmost spirit and enthusiasm. And none more than Christmas. Each December, her home transformed into a winter wonderland, drawing visitors from all over town to experience the magic. She loved watching people light up when one of her countless decorations would come to life at the push of a button. If you were paying attention, you’d see that hers was always the most excited face in the room. Letticia was preceded in death by her parents, 9 siblings and her beloved husband. She is survived by her sister, Delia Ellsworth, of San Francisco, and her children - Cynthia Humphrey (Al), Caroline Casey (Mark), Gregory Webb (Clare). She also leaves the six grandchildren she adored: Taylor and Brooks Humphrey, Charlotte and Ruby Casey and Mia and Liliana Webb. Services will be held at Old Mission San Jose Church, 43300 Mission Blvd, Fremont, on Friday, June 8, 2018 at 9 a.m. followed by committal service at Mission San Jose Cemetery. In lieu of flowers, family members request donations be made to the following: St. Joseph Catholic Church 43266 Mission Blvd, Fremont, CA 94539 (510) 656-2364 The Parkinson’s Institute and Clinical Center 675 Almanor Ave, Sunnyvale, CA 94085 (408) 734-2800