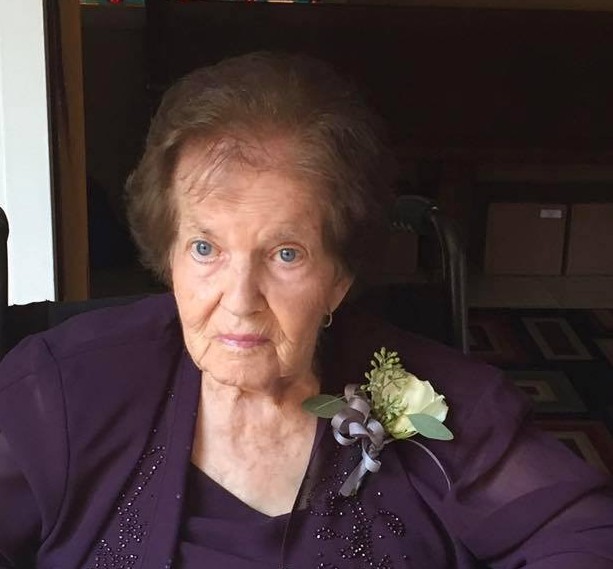 “After 93 years on Earth, an Angel has returned to Heaven” Maria de Lurdes Freitas was born on June 1, 1924. A native of the village of Santa Barbara, on the island of Terceira, Azores Portugal. She was one of three daughters and had six brothers.. At the age of 28, she married her husband Joao Correia Nunes. Over the years, she would welcome her own children, four sons and a daughter €¦Jose, Joao, Maria Angelina, Luis, and Antonio Nunes. Maria and her husband were hard workers, tending to the fields in agriculture while raising their large family. In 1983, Maria and her husband wished to join their oldest sons who by that time were established in San Jose California. And so they immigrated to the USA leaving the life they knew behind. Maria was a brave woman when years later her husband’s health severely declined. But the challenges of her life never dampened her caring and positive nature. Everyone who knew her felt good in her company; she made everyone feel loved and accepted in every circumstance. Through the years, Maria’s family expanded to include eight grand children and great grandchildren. Her family was her greatest joy. A lover of harmless practical jokes, no party would be complete without her smashing a little cake on her son’s faces. Wrist watches, radios, and perfume were items she liked to collect. But her greatest treasure was her faith in God. A devout Catholic, she was a Christian example to everyone. Always patient, humble, non-judgemental€¦she was a woman of peace. Our family’s angel, Maria de Lurdes Freitas, returned to heaven on August 4, 2017. Words cannot convey how tremendously she will be missed.