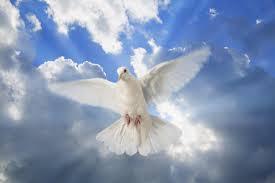 Michael P. Aguiar (74) of Auburn, CA passed away on August 23, 2015. Michael was born in Hilo. Hawaii and lived most of his life in Fremont. He proudly served in the U.S. Navy from 1960-1964. He worked for over 30 years as a sheet metal journeyman with local union 104. He was a member of the Fremont racing pigeon club and enjoyed coaching Little League baseball. He is lovingly survived by his four children, Debra Romero, Lisa Aguiar-Cromer, Steven Aguiar and Kathleen Aguiar. He is also survived by his brother, Dr. James Aguiar, sister Dorothy Fuller, nine grandchildren and three great grandchildren. Family and friends are invited to attend a 4:30 - 8:00PM visitation on Thursday, August 27th with an 7:00PM Vigil at Berge-Pappas-Smith Chapel of the Angels, 40842 Fremont Blvd., Fremont, CA 94538. A 9:00AM Mass of Resurrection will be held at Mission San Jose, 43300 Mission Blvd., Fremont, CA 94539. Private interment at Holy Sepulchre in Hayward