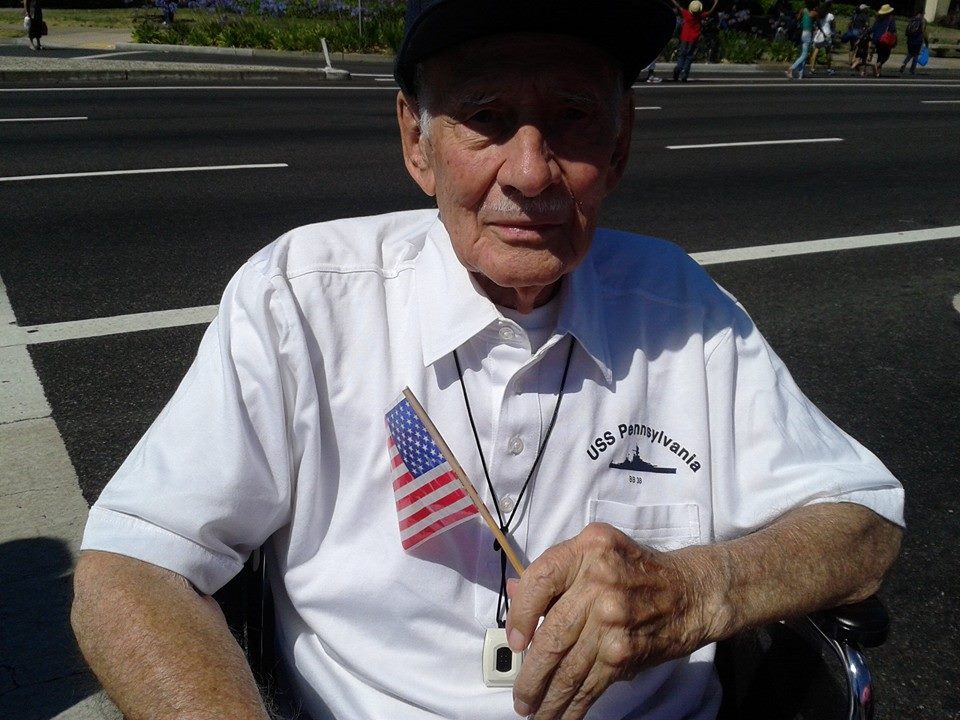 Moises Gimenez Jr. 11/4/1926-11/21/2014 Born and raised in Gilroy Ca, graduated from Gilroy H.S. class of 1944. WW2 vet U.S.Navy BB38 USS Pennsylvania. Married Margeret Reis (d 1974) Worked in aircraft industry for over 40 years. Employed at United airlines SFO for 38 years as an aircraft mechanic. Raised five children, Idell Mulhern of Clorado Springs Colorado, Deborah Cadigan of Reno Nevada, Steve Gimenez of Manteca Ca, Patrice Walch of Salem Oregon, Greg Gimenez of Santa Clara Ca, as well as 9 grandchildren. Moises lived in Mission San Jose for over 60 years, he was a master mechanic and machinist as well as a farmer. Moises was active in politics, the Fremont Historical Society and was a life member of VFW Post 1917. Moises passed away on 11-21-2014 after a long battle with cancer. Family and friends are invited to attend a 10:00 AM Funeral Service on Tuesday, December 2, 2014 at Berge-Pappas-Smith Chapel of the Angels, 40842 Fremont Blvd., Fremont, CA.