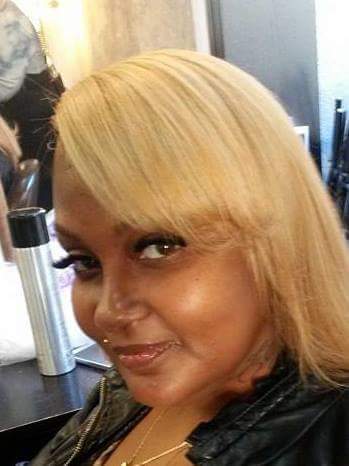 Monique Michelle Curry was born to William & Deborah Curry in San Francisco, California on February 29, 1972 and was raised in East Palo Alto, California by Melvin Sr. and Essie Mae Easley (Daddy & Mommie to Monique). Monique spent her childhood years in East Palo Alto, California and received a Christ centered education from grades K – 8 in Redwood City, California. She was baptized at an early age by the late Reverend James Branch at St. John Baptist Church. Monique attended her early high school years in Palo Alto and then in Atwater, California before returning to school in the San Francisco Bay Area and later returning to her birth city, San Francisco where she gave birth to her first daughter. She later moved backed to East Palo Alto for a period of time. Over the next several years Monique gave birth to five other children, all of whom she loved deeply. She had enough love to know and do for each of them what she knew was best and proudly wore each of their names as a symbol of her everlasting love. Before Monique took ill she was near completion of the LVN Nursing Program she attended at San Francisco City College, while also working at the San Francisco Catholic Charities where she took pleasure being that helping hand and a friend. Monique is preceded in death by her parents: William & Deborah Curry; Melvin Sr. & Essie Mae Easley; Grandmother: Virginia Harris; Brothers and Sisters: David, Denda, Katie Mae, Mary Joe, Zelma & A Host of other Family Angels. She leaves to cherish and honor her in memory and in heart: Her children, Daughters: Chauncie & Miracle; Sons: Chazmin, Jerry, Jeremiah & Rufus; Brothers: Chris, William Jr, George, Melvin II, & Myrtle; Sisters: Minnie, Elnora, & Gwen; Her Loving Aunt: Patricia Carpenter; A host of Nieces, Nephews, Cousins, Extended Family & Special Friends.